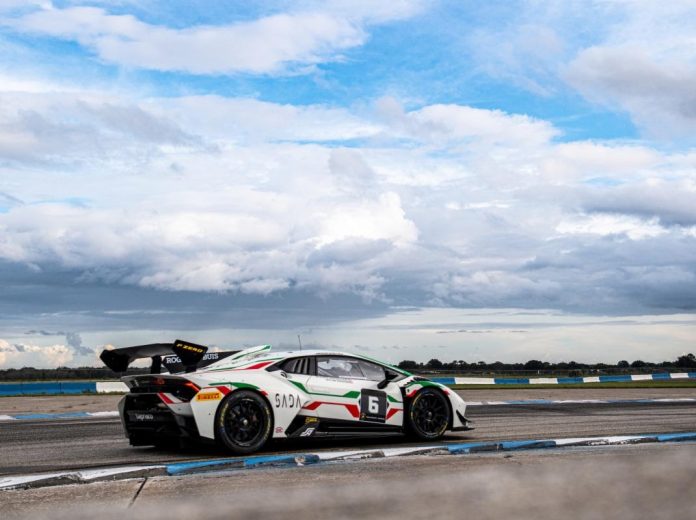 SEBRING, Fla. – Befitting of the season-long close competition, two Lamborghini Super Trofeo North America class championships will be decided in the final race of the year following the first of two races Friday at Sebring Int’l Raceway. 16 Change Racing, Lamborghini Charlotte Huracán) started beside Aghakhani on the first row and attempted a pass for the lead at the drop of the green flag. “The start of the race was quite something else,” Aghakhani said. “That window for the championship is still there and we’re giving it everything we have,” Eidson said. Eidson and Aghakhani must win and have Snow finish fourth or worse in class to land atop the standings. 24 US RaceTronics, Lamborghini Westlake Huracán) passed McKay Snow for second place on the final lap, an important move since it left Lamelas a remote chance to still win the ProAm championship.