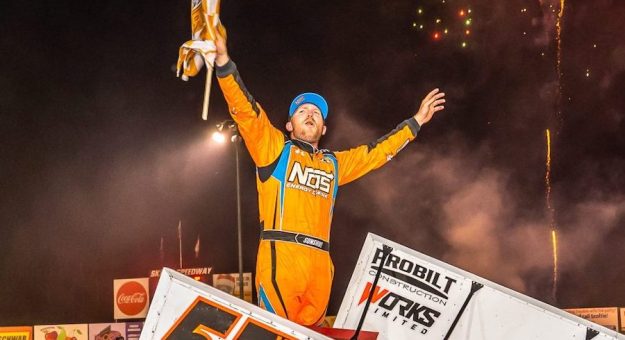 ALGER, Wash. — From the beginning of the week, it was clear Tyler Courtney was going to be a threat to win the 50th annual Jim Raper Memorial Dirt Cup in his debut in the event. About 10 laps into the main event Courtney found his first chance at the lead when Scelzi slid himself in turn one amid traffic. “We got him there in traffic, and then we got to kind of set our own pace,” Courtney said. The restart with nine laps remaining saw Kerry Madsen and Scelzi begin to duke it out for second as Courtney capitalized by driving away. Madsen eventually came out ahead of Scelzi, but by that point Courtney was well ahead. “He (Courtney) could get off of (turn) four really good. He could get off on turn (turn) two really good,” Scelzi said.