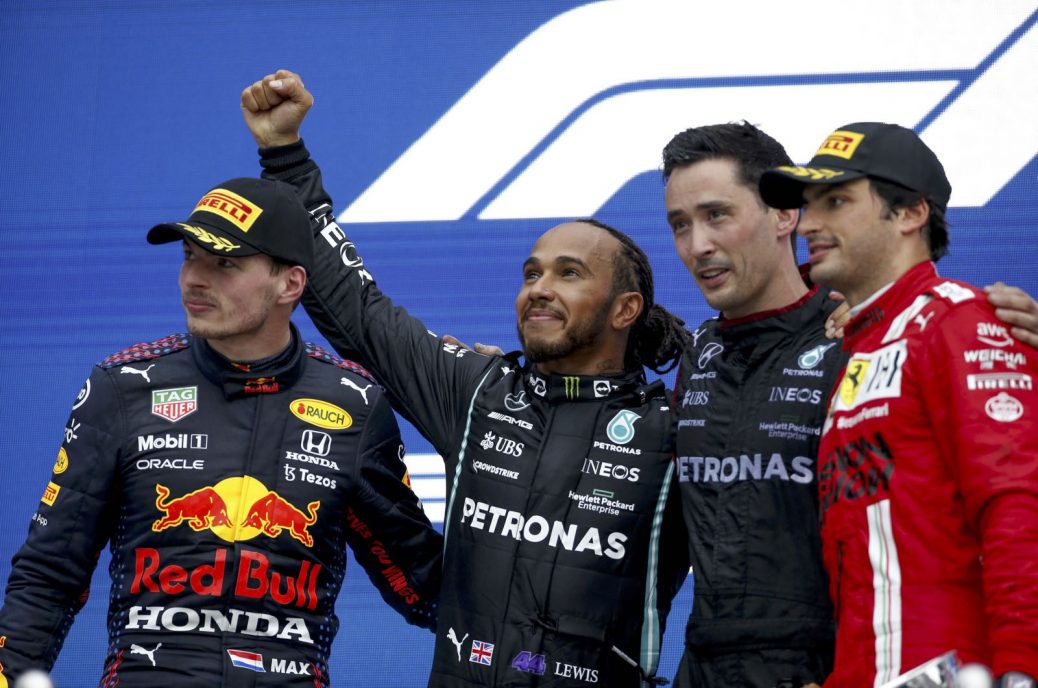 DRIVERS
1 – Lewis HAMILTON (Mercedes)
2 – Max VERSTAPPEN (Red Bull Racing)
3 – Carlos SAINZ (Ferrari). I know it’s not been the best of weather but what a race it provided. I think we decided at the right time to pit, because if we would have gone one lap earlier your would have probably destroyed the inter in the last sector, but of course to come from last to second is very, very good. Q: In this championship, did you think this was a race you thought you were going to have to maybe not get a lot of points from? For me, I was very much in no-man’s land for a long time in terms of… I didn’t really know where I was in the race. I think we all know Michael had some great races, some really memorable races anyway. I think I was just about to get into the DRS zone or just got into the DRS zone and then obviously the rain came so it would be have been tough to get by.