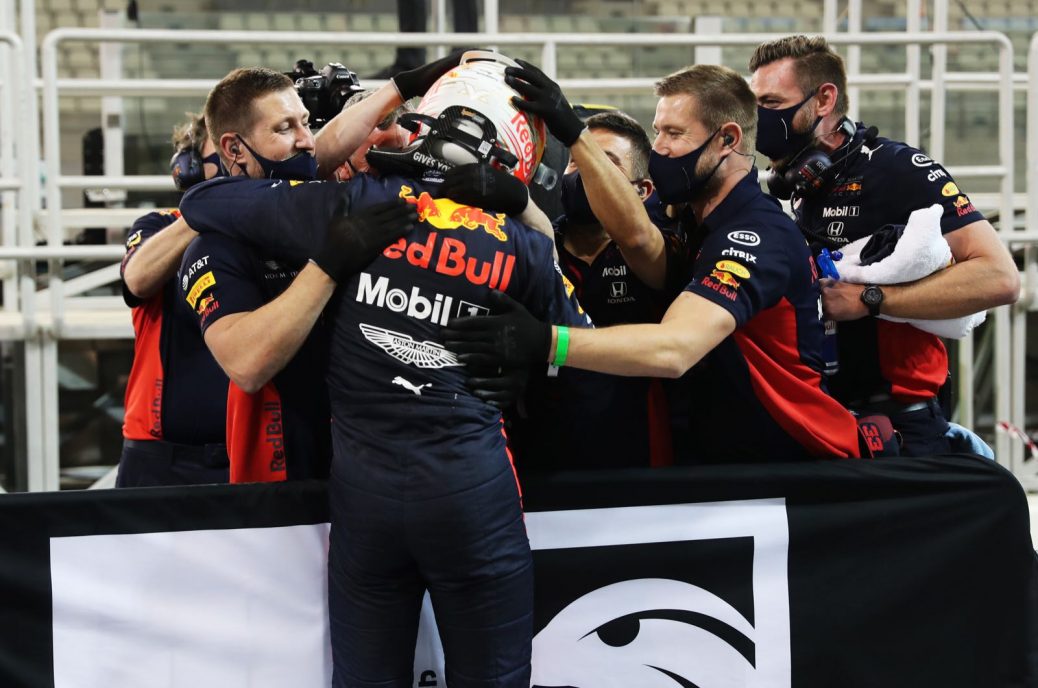 DRIVERS
1 – Max VERSTAPPEN (Red Bull Racing)
2 – Valtteri BOTTAS (Mercedes)
3 – Lewis HAMILTON (Mercedes). Q: You didn’t fancy any donuts after the race on the pit straight?. We thought race pace would be pretty identical but they could really control the race and pull the gap when needed. We thought that the race pace would be pretty much identical to the Red Bull but it wasn’t the case today. So yeah, obviously I’ve had much worse races this year, so it’s actually, in this kind of season, one of the good ones for me. Hamilton: No, not really, I think… I don’t think there was anything else we could have really done. How important was it for you to end the season in the car?. I would love – we would love to get it done before Christmas, I think.