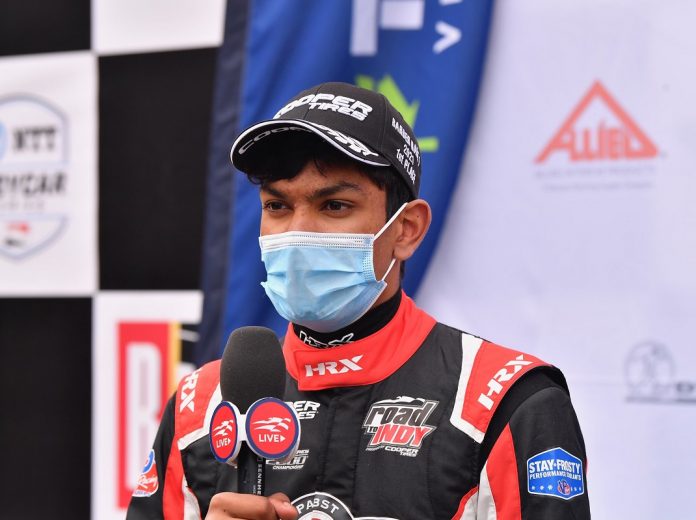 LEEDS, Ala. – Saturday’s opening two rounds of the Cooper Tires USF2000 Championship at Barber Motorsports Park saw honors shared by Yuven Sundaramoorthy and Prescott Campbell. After starting on pole position for race two, Campbell’s teammate Nolan Siegel had to be content with second, while Josh Pierson also enjoyed a tremendous day, earning a pair of third-place finishes for Pabst Racing. Siegel, who finished a disappointing 10th in the opening race – but showed his speed by claiming the fastest lap of the race, worth an extra championship point – had another opportunity to shine in race two for which he had earned the Cooper Tires Pole Award during a second qualifying session on Friday. “It’s hard to put this into words, I’m just ecstatic to finally get this done,” noted Campbell. “I qualified P2 for race one, P2 in race two, finished P2 in Race One, so I was really hungry to go one better and I finally got it done. I ran a clean race, no mistakes, and that was the difference.