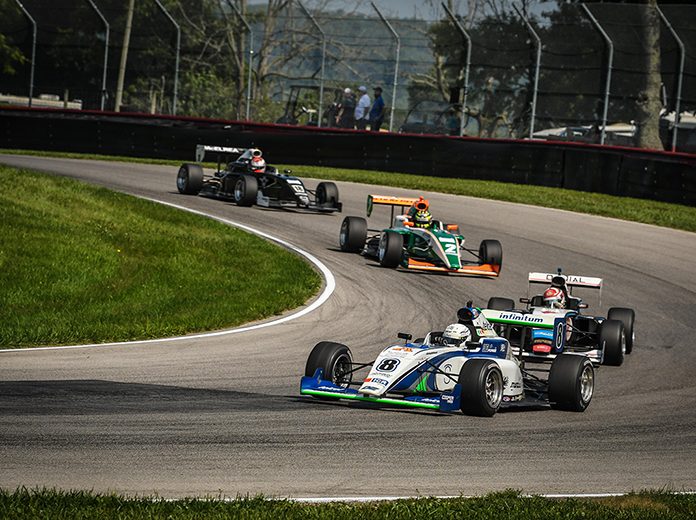 LEXINGTON, Ohio – Manuel Sulaiman became the seventh different winner in 11 rounds of an intensely competitive Indy Pro 2000 Championship Presented by Cooper Tires season on Saturday. The grid for the first of two races which will comprise this weekend’s Surgere Indy Pro 2000 Grand Prix of Mid-Ohio was set in qualifying Friday, with Frost claiming his first Cooper Tires Pole Award, fractionally ahead of Thompson and Sulaiman. Sulaiman slotted into third ahead of McElrea, who found a way past series points leader Sting Ray Robb on the opening lap. McElrea lost a place to Robb after 10 laps but regained it again with just five laps remaining, and then added another championship point to his tally by posting the fastest lap on the last lap of the race.