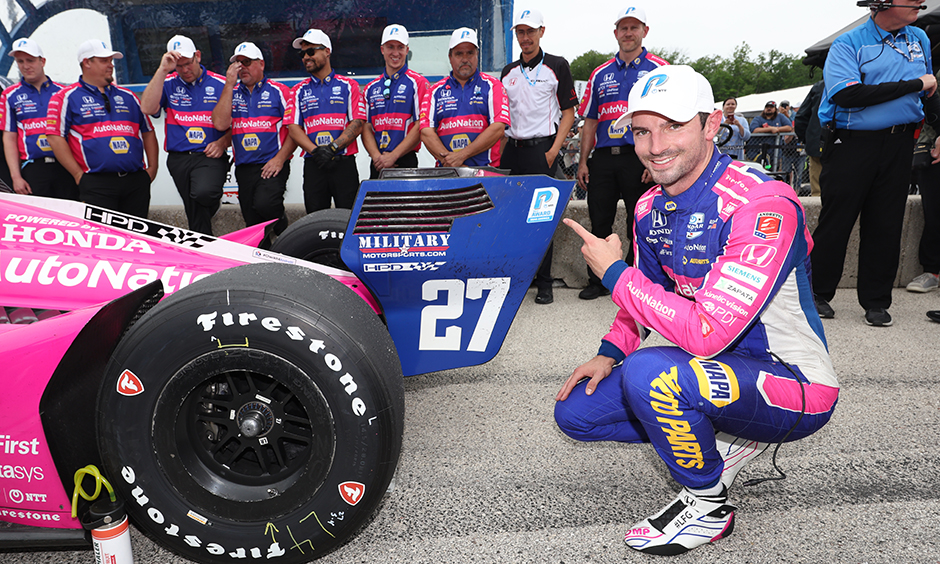 Sudden Surge Continues with Pole for Rossi at Road America

Alexander Rossi earned his first NTT P1 Award in more than three years, taking the top spot Saturday for the Sonsio Grand Prix at Road America presented by AMR. Josef Newgarden used the same strategy last year to win the pole on this 14-turn, 4.048-mile circuit. Two-time series champion Newgarden will join Rossi on the front row after his best qualifying lap of 1:44.9371 in the No. Newgarden, in a change of strategy from last year, joined Pato O’Ward as the only drivers using alternate tires for their flying laps in the Firestone Fast Six. “I thought he was on used reds like everyone else,” Newgarden said of Rossi. 26 Gainbridge Honda, while O’Ward rounded out the Firestone Fast Six at 1:45.6826 in the No. “We’re really strong on the primaries,” Rossi said.