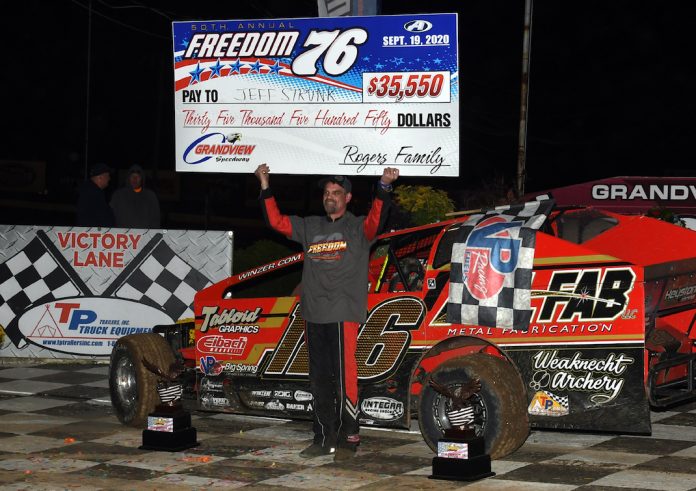 BECHTELSVILLE, Pa. — Jeff Strunk has a history of rising to the occasion in big-money events, and he did it again on Saturday night at Grandview Speedway. Strunk led the remainder of the 76-lap race, beating Matt Sheppard to the checkered flag. Mike Gular, Brett Kressley and Bobby Varin rounded out the top five. Kressley passed Varin on the 26th lap and second through fifth was now comprised of Varin, Strunk, Sheppard and Gular. It wasn’t until the 31st lap that Strunk motored into second and set his sights on Kressley, who was on the move from 20th. Strunk took the lead on the restart but it was short-lived since Kressley was back on top the following lap. It wasn’t until the 64th lap that Strunk, who started 12th, put the Glenn Hyneman-owned Bicknell chassis No. Sheppard and Gular passed Kressley for second and third, respectively, with five laps to go when Kressley fell to fourth.