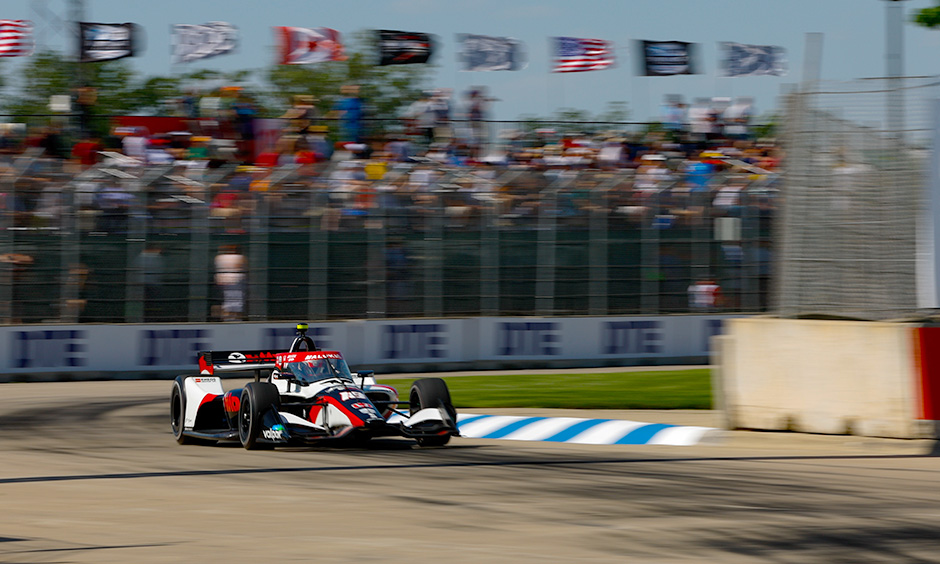 David Malukas is finding confidence in himself, his race car and his team, and it’s translating to on-track performance as he earned his career-best starting position of sixth in qualifying at the Raceway at Belle Isle for Sunday’s Chevrolet Detroit Grand Prix presented by Lear. “I remember just doing the first two laps and saying, ‘Wow, the car is spot on,’” Malukas said of his first qualifying run Saturday afternoon. Malukas was strong from the beginning in NTT INDYCAR SERIES qualifying for the NTT P1 Award for pole. “Both me and Takuma were doing really good, and I tried my best,” Malukas said. The last two NTT INDYCAR SERIES races have marked Malukas’ only two qualifying efforts inside the top 15. As for how he expects his car to race tomorrow on the 14-turn, 2.35-mile street circuit, Malukas is unsure. Based on his NTT INDYCAR SERIES performance over the last month, that could change Sunday.