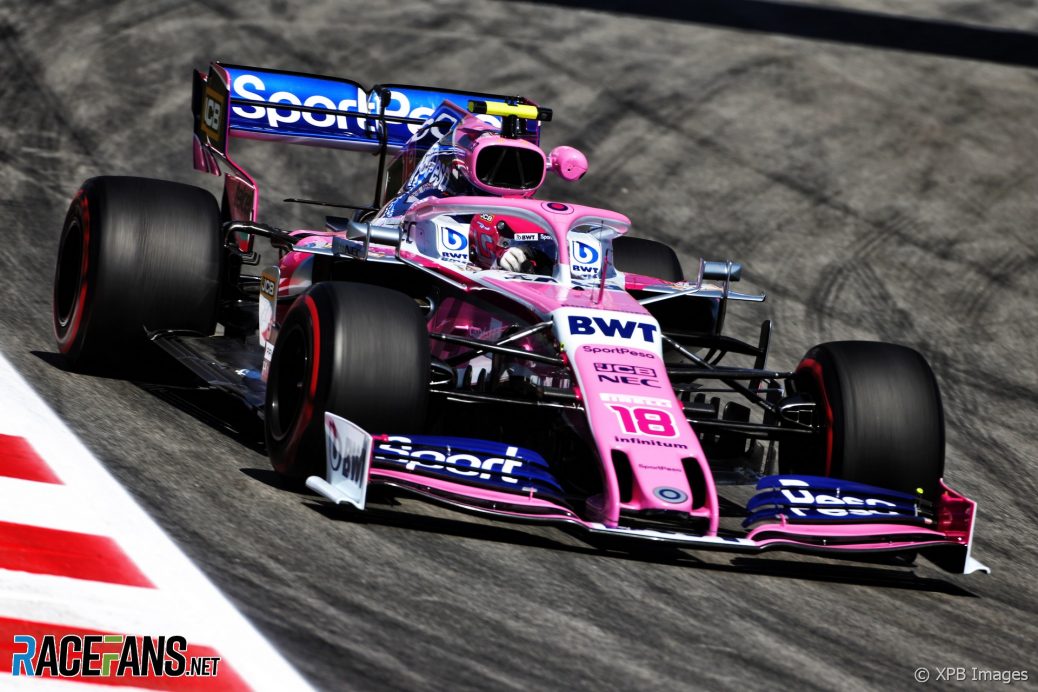 Racing Point will restore Lance Stroll’s car to its new specification after his crash in first practice damaged several of the new parts he was running.
The team’s technical director Andrew Green confirmed Stroll’s crash damaged the new front suspension and front part of the floor.
Stroll’s crash limited the amount of data the team was able to gather from its first major upgrade of the 2019 F1 season.
Andrew Green: “We only got one car running with the updated package in FP2 because of Lance’s damage to his car.”