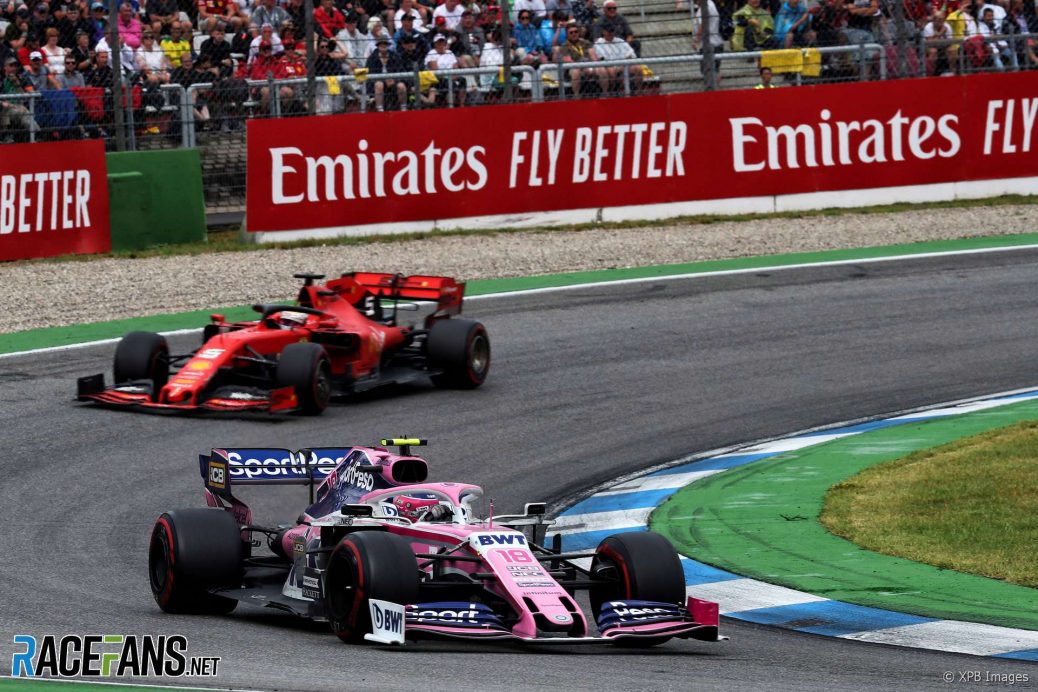 Lance Stroll says his early call to fit slick tyres at the end of the German Grand Prix was the only pit call that went right for him in the race.
“We got it wrong four out of the five times,” said Stroll.
his: “But I was on my tyres for two laps at that stage and the other guys came out of the pits with warmer tyres and I was still losing temperature.”
his: “It was quite wet so I was gaining grip and they came out with fresh tyres and initially I didn’t have very good pace on the slicks but then once everyone settled in I had quite good pace and we were in the hunt for a podium.”