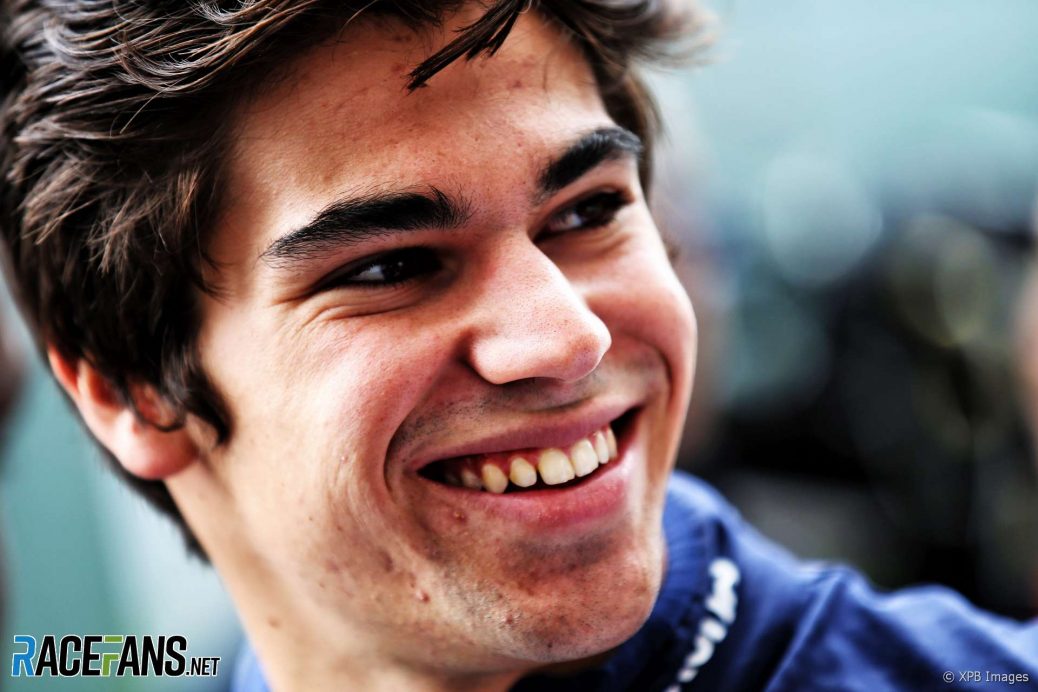 Force India has moved closer to confirming Lance Stroll will drive for the team next year after announcing him as part of their line-up for next week’s test.
The 20-year-old will drive the VJM11 for the first time in the afternoon on Tuesday, then take over the car for the whole day on Wednesday.
Stroll is set to be announced as the replacement for Esteban Ocon at the team next year.
Williams has already announced Stroll and team mate Sergey Sirotkin will be replaced by new driver pairing Robert Kubica and George Russell next year.