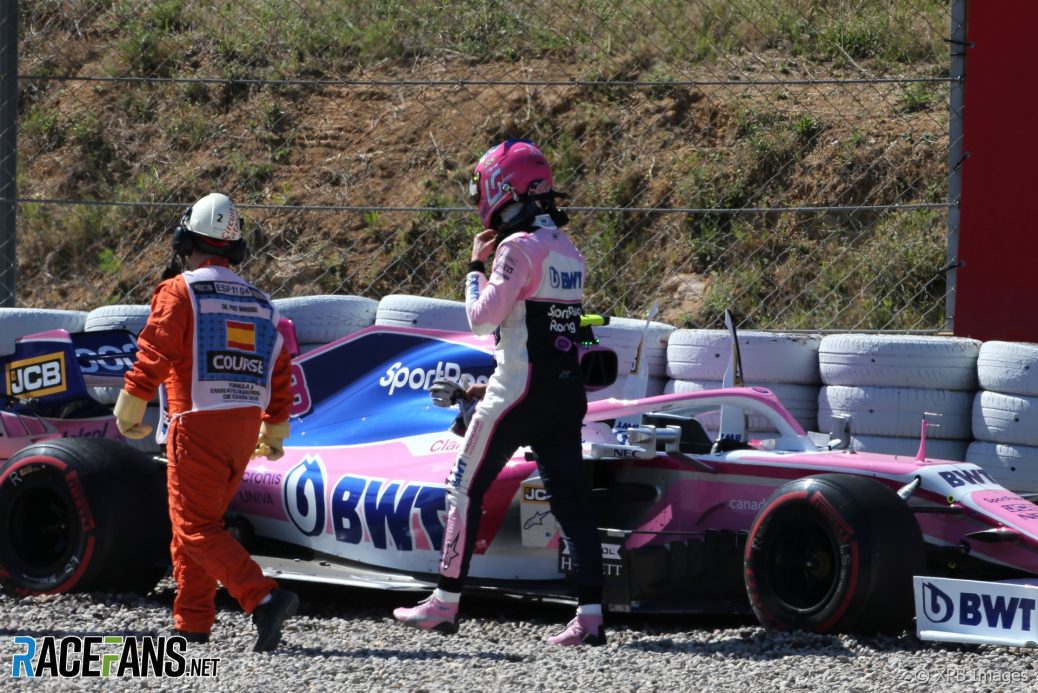 The pair tangled in turn two as Norris was trying to overtake the Racing Point driver on his inside.
Lando Norris: “Unfortunately there is not enough space for two cars and there was not much I could do.”
McLaren: “After that – I don’t know if he saw me after going into turn two but I was still on the inside of turn two and he just turned in, didn’t leave me enough space basically, and he kind of pushed the front of my car and he put himself out of the race and me out of the race as well.”