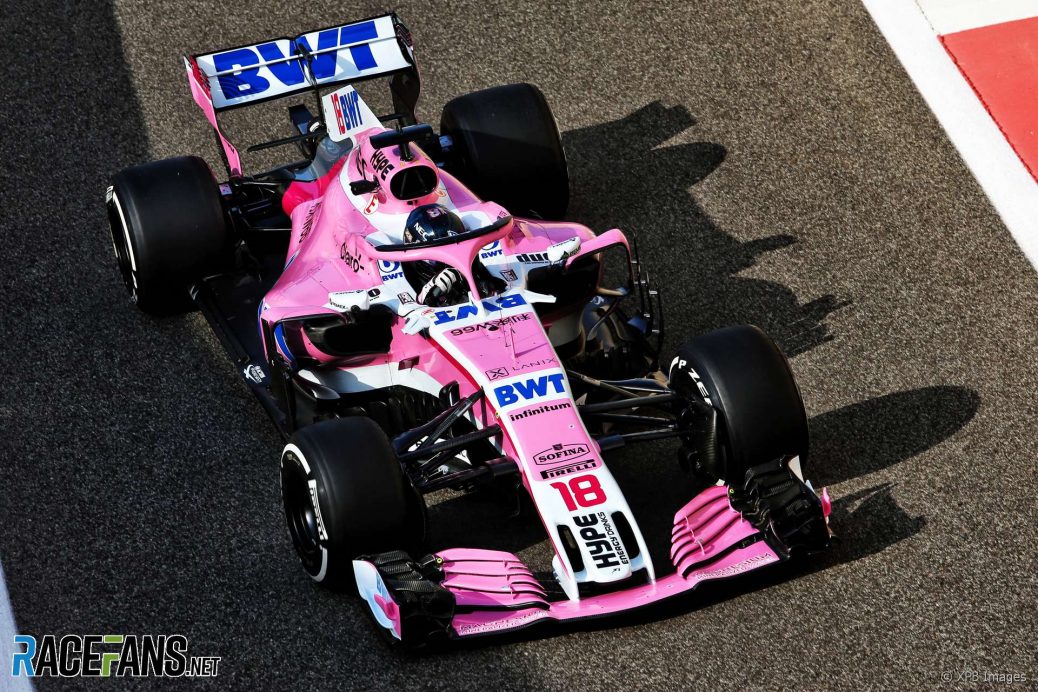 Lance Stroll matched his Racing Point predecessor Esteban Ocon’s performance in their simulator, according to team principal Otmar Szafnauer.
The team, which was known as Force India before it was taken over by Stroll’s father Lawrence, has replaced Ocon with the 20-year-old for the 2019 F1 season.
He was widely expected to replace Ocon for next year, and the move was announced after Stroll drove the team’s car in the post-season test at Yas Marina.
The departure of the highly-rated Ocon in favour of Stroll, who has largely failed to impress since making his F1 debut last year, prompted some complaints about the advantages wealthy drivers enjoy in the sport.