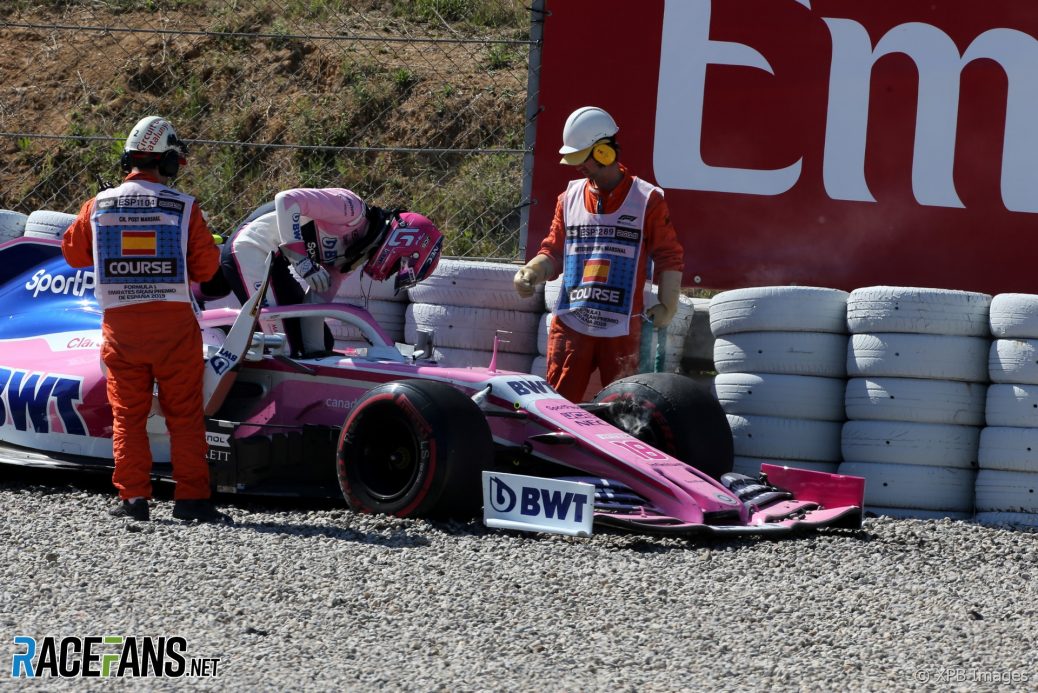 Lando Norris and Lance Stroll have escaped any penalty over the collision which put both drivers out of the Spanish Grand Prix.
“Car four [Norris] attempted to pass car 18 [Stroll], on the outside, in turn one but did not in the view of the stewards, complete the overtake because the car four was not completely alongside car 18,” the stewards noted.
The driver of car four: “The stewards believe that the driver of car four could have backed out of the attempted overtake into turn two and also that the driver of car 18 might have been more aware of the possibility that car four could be on his inside.”