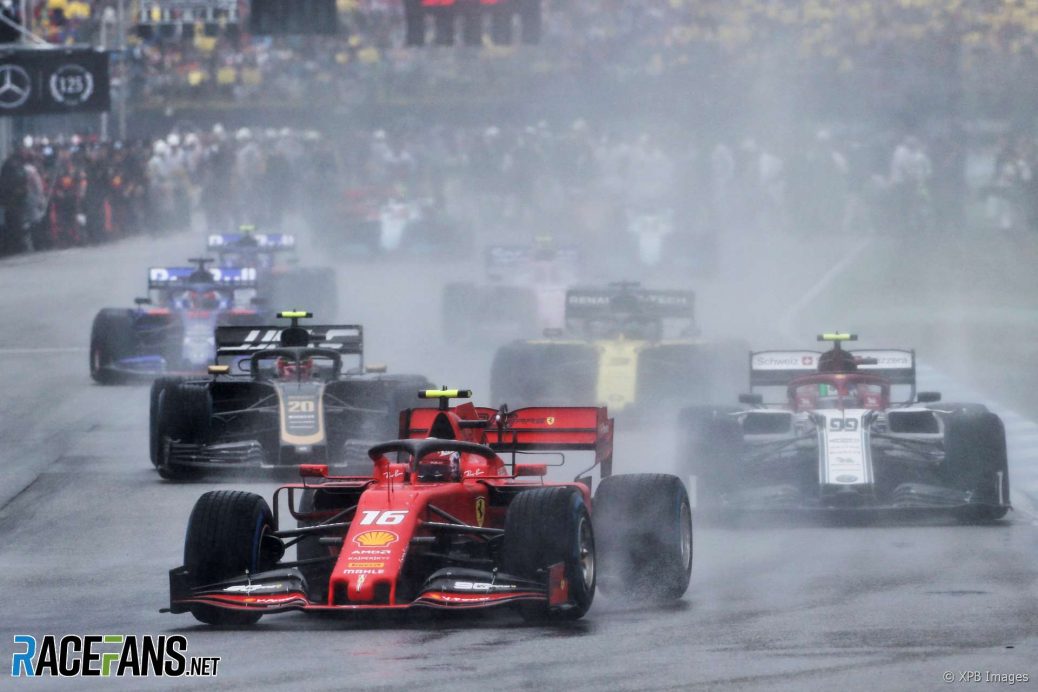 The German Grand Prix stewards have explained the decision to fine Ferrari after Charles Leclerc was released from his pit box unsafely during the race.
After re-watching today’s incident the stewards ruled Ferrari did release Leclerc “into the path of the approaching car eight [Grosjean].”
As a result “the cars made minor contact.”
“Leclerc drove at an acute angle to avoid a tyre changer in the next pit and had no opportunity to drive in the merge area.”
Ferrari was fined €5,000 for the incident but Leclerc avoided a sporting penalty for the collision.