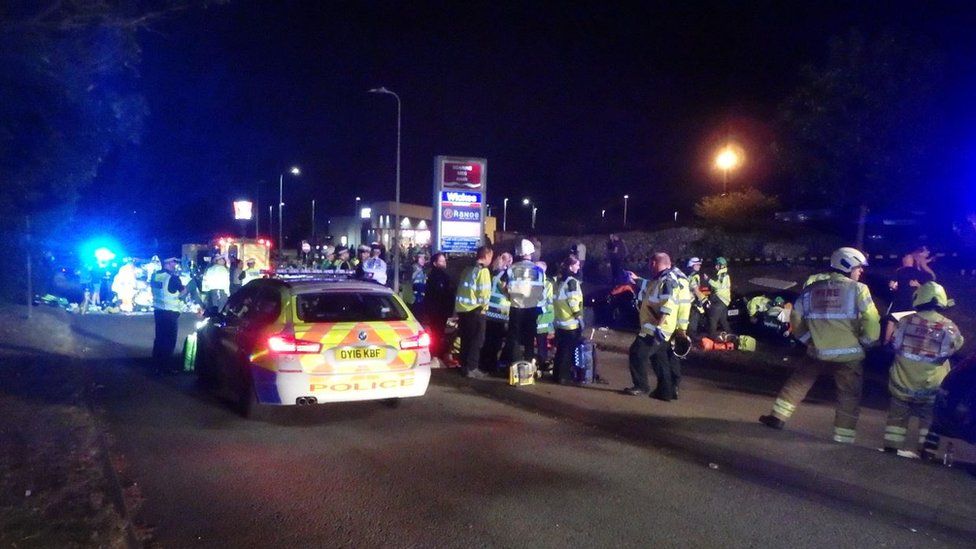 Two men accused of causing serious injury at a “car cruise” event where 19 people were hurt have appeared in court. Two vehicles were involved in a crash on Monkswood Way, Stevenage, at 21:45 BST on 18 July last year. Dominic Brown and Julian Castano-Perez, both 21, face eight counts of causing serious injury by dangerous driving. The are also charged with 11 counts of wanton or furious driving, Stevenage Magistrates’ Court heard.