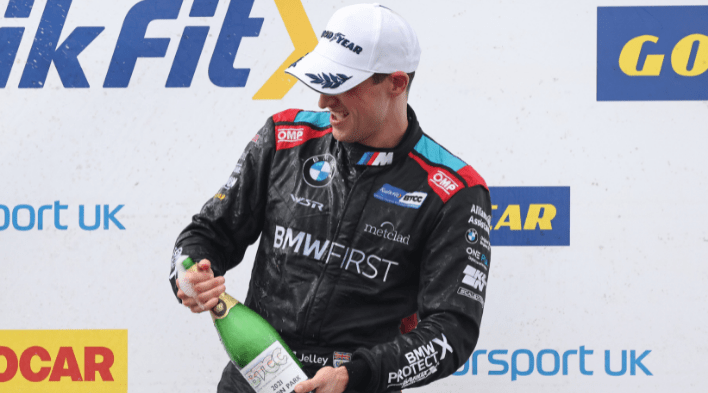 STEPHEN JELLEY PUTS TEAM BMW BACK ON THE PODIUM

Stephen Jelley got his season back on track with a superb first podium finish of the campaign for Team BMW on a frenetic day of Kwik Fit British Touring Car Championship racing at Oulton Park. Even in race two with Ash [Sutton] right behind me, I felt I had the car underneath me to keep him behind at all times. “Firstly, I want to thank the marshals that were on the scene in double-quick time after what were two very big hits. Secondly, I can’t even begin to imagine how the WSR mechanics and Willie Poole’s team were able to fix my car in time for the third race. They did an incredible job because I was expecting to be back at home to watch race three when I saw the damage I had. “Firstly, I want to congratulate the WSR team and Willie Poole for moving heaven and earth to get Tom’s car back out for race three,” concluded Team Principal Dick Bennetts.