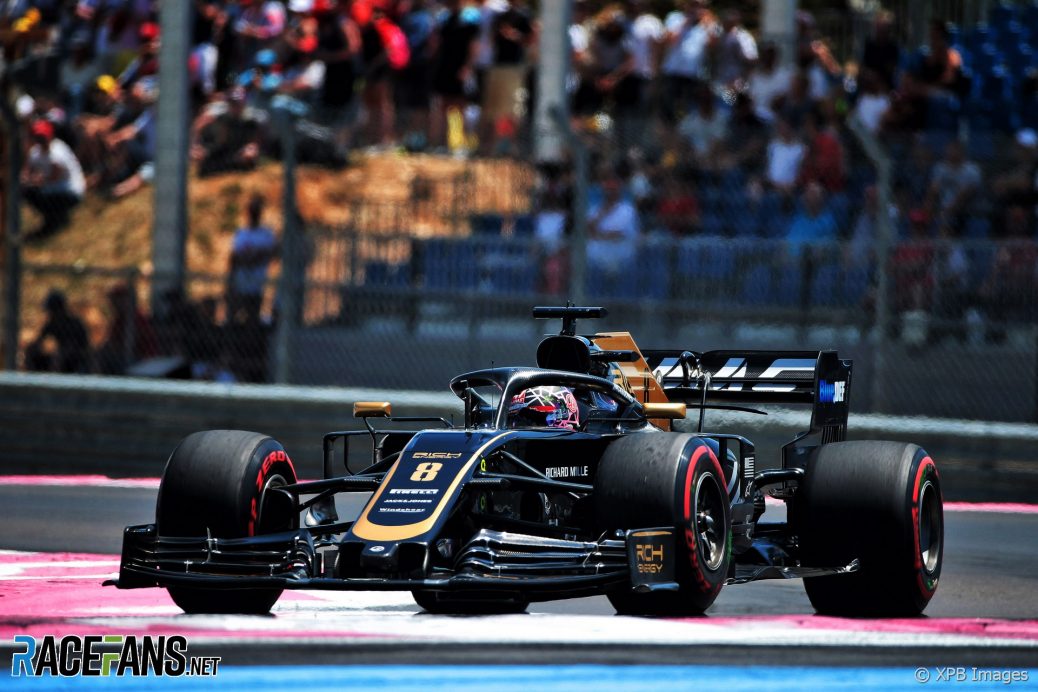 Haas team principal Guenther Steiner says the French Grand Prix was the team’s worst race weekend since it came into Formula 1 three years ago.
“Unfortunately this race weekend was the worst since we started the team,” said Guenther Steiner.
Haas began the season promisingly but has repeatedly struggled to extract performance from its tyres, particularly on race day.
“There’s not much to tell,” Kevin Magnussen said.
Kevin Magnussen: “We were fighting at the back the whole race.”
Kevin Magnussen: “We just lack pace sometimes, and today was one of those days.”