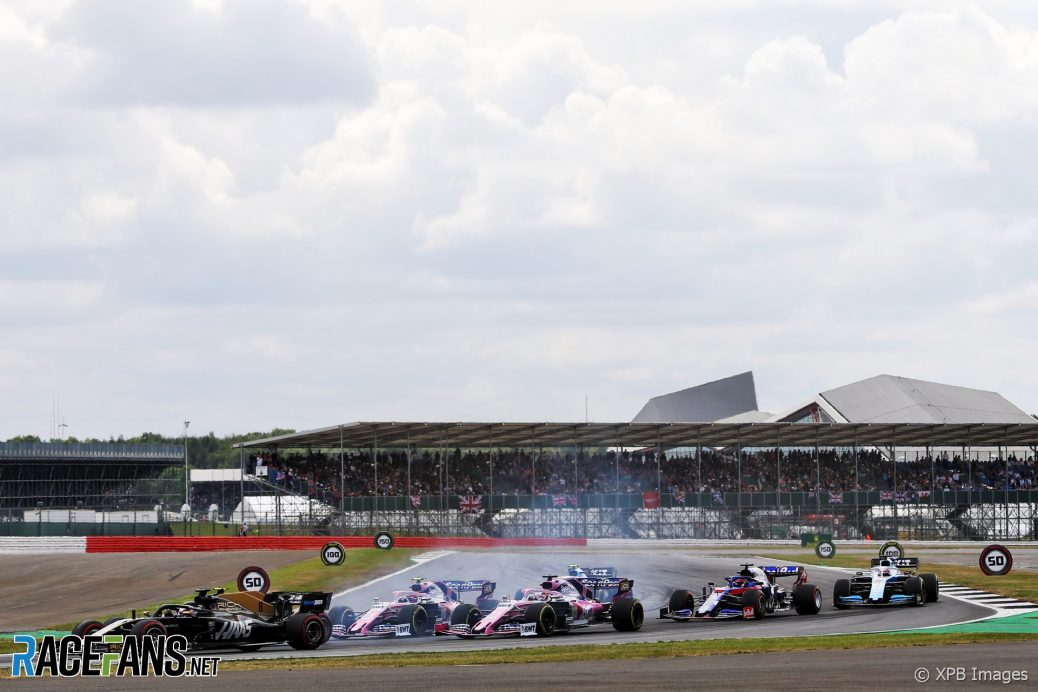 Haas team principal Guenther Steiner strongly rebuked both his drivers after the first-lap collision which led to both of them retiring from the British Grand Prix.
Steiner had previously warned Romain Grosjean and Kevin Magnussen after they clashed during the Spanish Grand Prix.
“It’s not acceptable what happens,” said Guenther Steiner.
Guenther Steiner: “I was pretty clear with them after Barcelona what not to do.”
Steiner has not ruled out imposed stricter rules on his drivers to prevent them tangling again in future.
The pair also collided on the first lap of last year’s British Grand Prix.