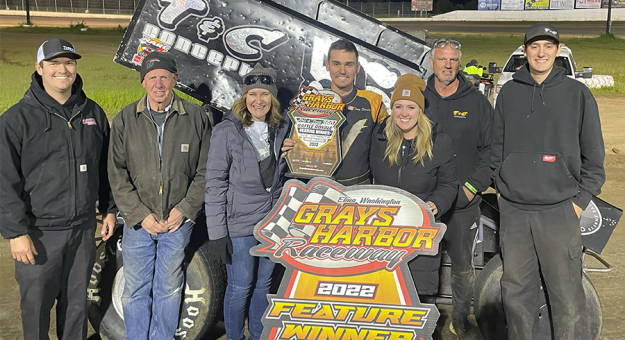 ELMA, Wash. – Trey Starks continues to build momentum as the biggest sprint car race of the year in the Pacific Northwest approaches. Starks led all 30 laps of the Hall of Fame Tribute race, completing a weekend sweep of the two night event in which he led every lap of both features. Solwold made a bid for the lead on one of the early restarts but couldn’t make it stick as Starks continued to be nearly flawless running the top. Using a big run out of turn four Sanders slid Solwold in turns one and two, but the two made contact as they exited the corner. Netto rose into the fight for the top-three, slipping by Sanders and pressuring Solwold. Ahead of them, Starks cruised to the victory, his second in as many nights.