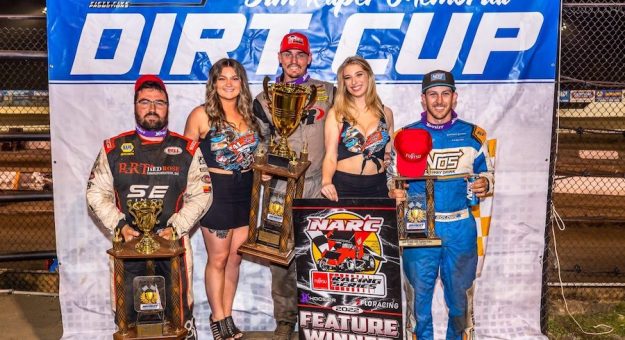 ALGER, Wash. — California might’ve claimed round one of the 50th annual Jim Raper Memorial Dirt Cup, but Washington would not be denied as the bell rang for round two. As a bonus, Starks got to battle his good friend, Dominic Scelzi, for the victory. 55 to lead the opening circuit as Scelzi quickly jumped from sixth to third in the opening laps. On the restart Scelzi wasted no time clearing Linder with a slider to move into the runner-up spot and setting his sights on Starks. As the lead duo began to work through traffic 10 laps in Scelzi closed in. Scelzi threw his first slider attempt at Starks but couldn’t clear him. “I saw Dominic more than a few times,” Starks said. “I would’ve liked to have seen traffic stay,” Scelzi said.