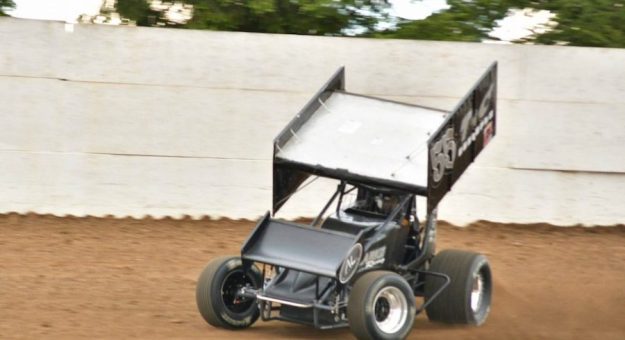 ELMA, Wash. — Entering Sunday night, Trey Starks said he could probably count on his hands how many times he’d driven a 410 sprint car at Grays Harbor Raceway, but that didn’t slow him down. Starks led all 30 laps on his way to his first NARC win in his 11th series start and first start with the West Coast’s best since 2016. Bringing the field to green was Justin Sanders with Starks to his outside. “I know you’ve got to be really careful,” Starks said of negotiating traffic. On the next lap, Sanders utilized an excellent run through the bottom of turns one and two to pull even with Starks down the backstretch. Starks fended off the challenge, but Sanders roared back the next lap in the same spot, showing him a nose as they raced toward turn three. “I’ve always had a big crush on Trey Starks,” Scelzi joked. “I just couldn’t get a rhythm going,” Sanders said.