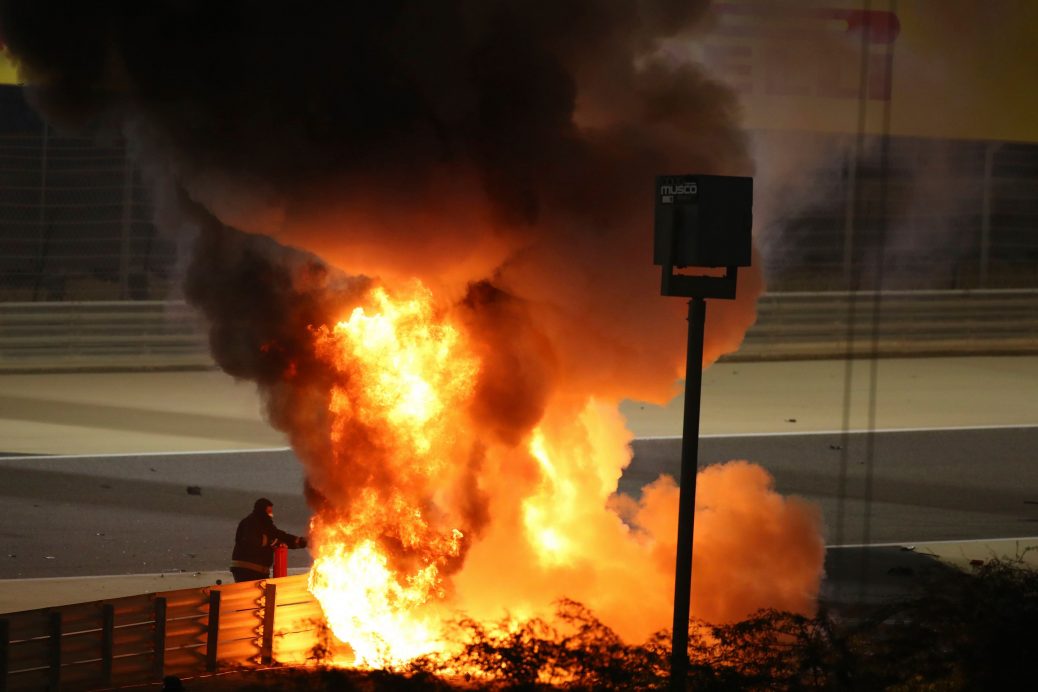 SEABASTIAN VETTEL has slammed the guardrails at the Bahrain Grand Prix for failing to protect Romain Grosjean during the Swiss star’s terrifying crash. Grosjean was taken to hospital after his car smashed through a barrier at 140mph – at a G-force of 53G. Now, Vettel has criticised the guardrail – designed to prevent cars from further danger following an accident – after it almost killed Grosjean. “But the guardrail shouldn’t fail and the car shouldn’t catch fire in that fashion. “I think we remember the controversy of the halo when it was introduced. “And for me, that’s what prised, and managed to keep the barrier apart, when the car went through it. “Because seeing a barrier split like that is clearly not what we want to see.”.