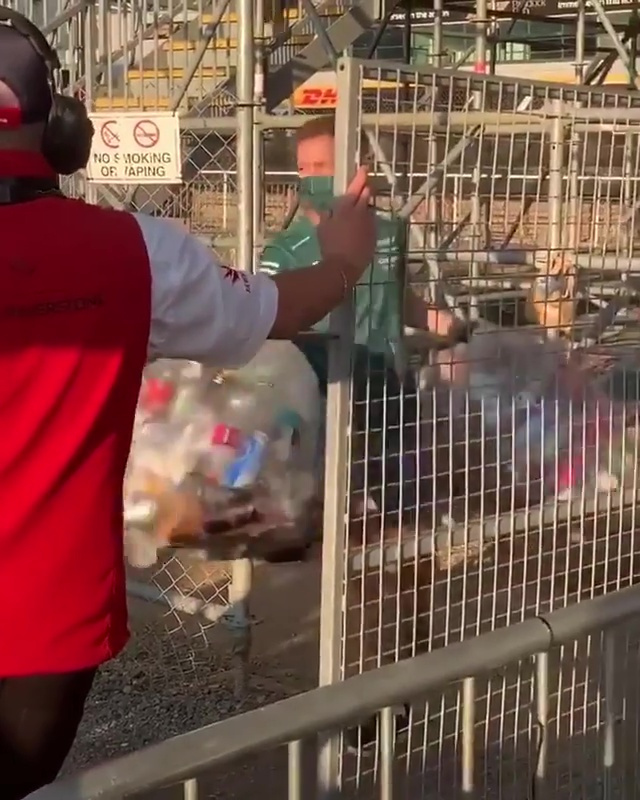 SEBASTIAN VETTEL showed his class after the British Grand Prix by helping Silverstone staff clear litter from the stands. And the environmentally-conscious Vettel – who wore a t-shirt urging race fans to ‘keep it clean’ – stayed behind to help cleaners get rid of the rubbish. The post’s accompanying caption read: “He had a tough race, but it didn’t stop Sebastian Vettel keeping to his word and staying behind with a group of fans to help clear the litter in the stands.”. Vettel had a race to forget at Silverstone as he finished in 19th place. “In the end, we did not finish the race because the team retired the car with a cooling issue.”.