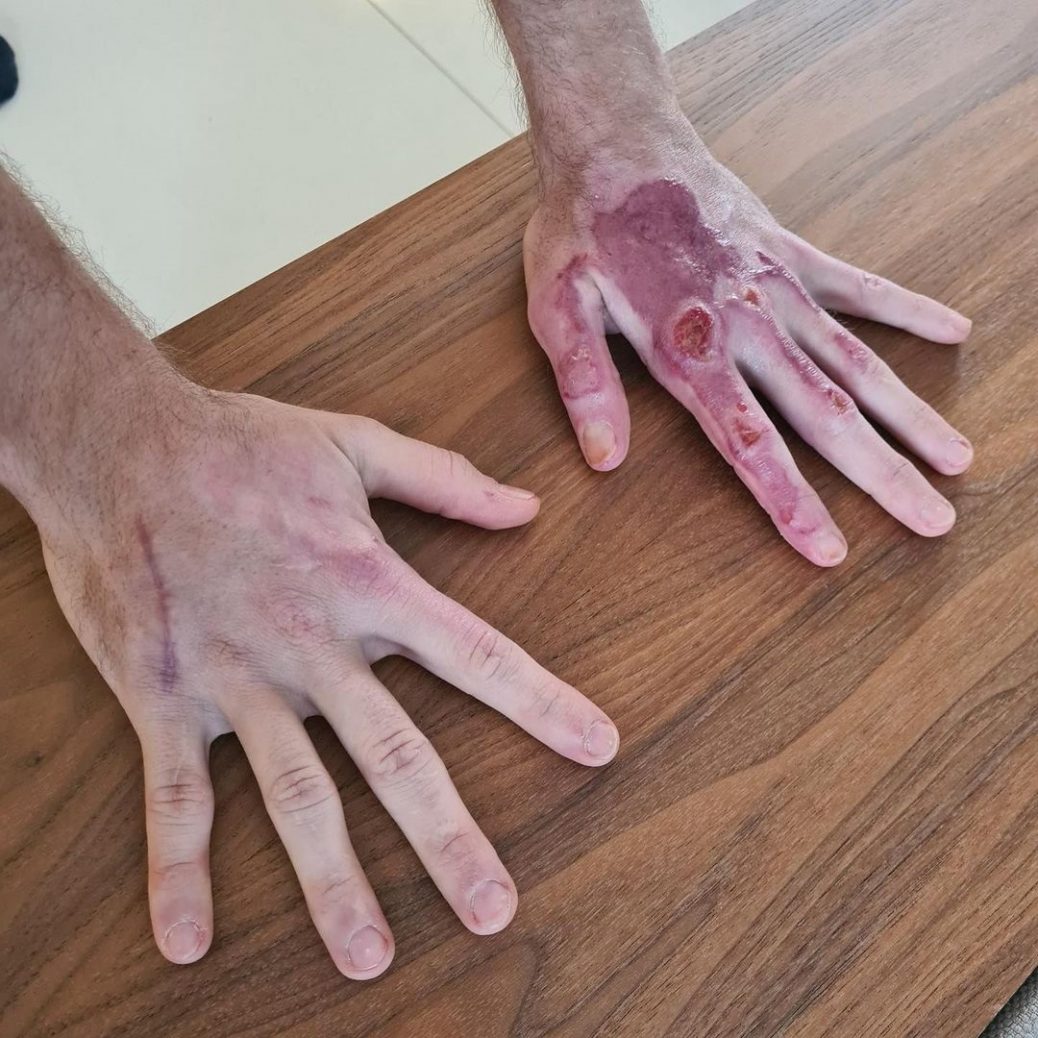 ROMAIN GROSJEAN has shown off the gruesome damage done to his hands after his bandages were finally removed six weeks after his horror smash. Grosjean confessed he ‘saw death coming’ after smashing through the safety barriers. Grosjean captioned the post: “My hands are back and Petrus isn’t too unhappy about it!. Shortly after his crash, Grosjean described his escape as a ‘second birth’. “I thought about a lot of things, including Niki Lauda, and I thought that it wasn’t possible to end up like that, not now. “And then, for my children, I told myself that I had to get out. Grosjean confessed: “I was more afraid for my relatives, my children in the first place, but also my father and my mother.