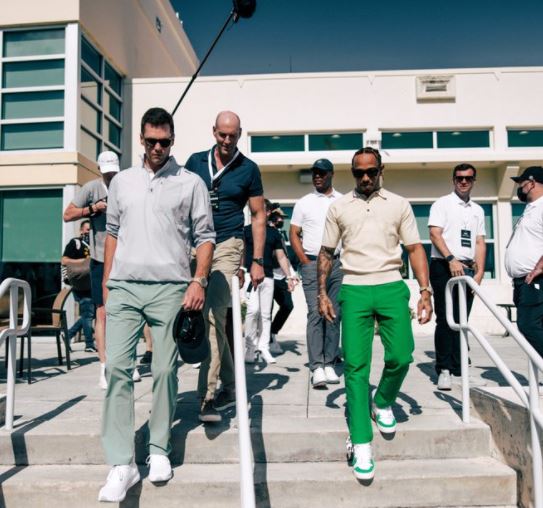 LEWIS HAMILTON and Tom Brady gushed over each other on social media to spark a new bromance between the two sporting legends. Hamilton, 37, and Brady, 44, were paired together in the Big Pilot Charity Challenge at the Miami Beach Golf Club. F1 legend Hamilton joked he should stick to ‘driving on the track’ after his performance in what he says was his first stab at golf for three years. Both men were quick to share snaps of them together on Twitter, as Hamilton referenced his seven F1 World Championship titles, along with Brady’s seven SuperBowl wins. Brady then posted two pictures of the pair, as he also commented on Hamilton’s F1 achievements. He said: “Some guy with 7 world titles, and Tom Brady @LewisHamilton.”.