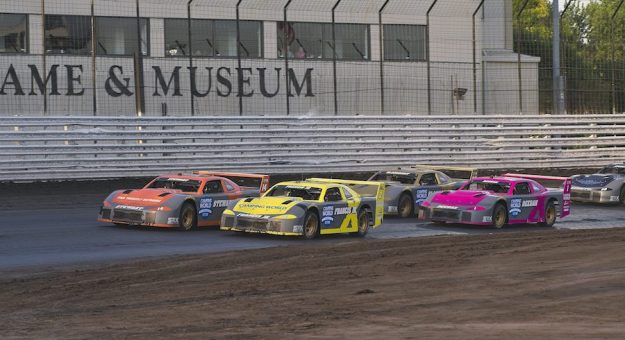 PENSACOLA, Fla. — Just over a year ago, the green flag waved on the inaugural Superstar Racing Experience season at Stafford (Conn.) Motor Speedway. Last year’s surprise winner, and runner-up points finisher Ernie Francis Jr. will be back behind the wheel in a limited capacity, including at Five Flags. 13 machine full-time once again, after tangling with the majority of the SRX field at least once last year. The former CART champion will be looking for more consistency, as his boisterous driving style left him with an average finish of 8.3, good enough for seventh in the standings. Marco Andretti, last year’s Slinger (Wis.) Speedway winner will compete full time in the series once again, after an impressive fourth-place points finish during the inaugural season. 69 machine will feature Greg Biffle, who showed impressive drives in two races last year. The former NASCAR Camping World Truck Series and Xfinity Series champion made the most of his two starts last year, including finishing second in the opener at Stafford.