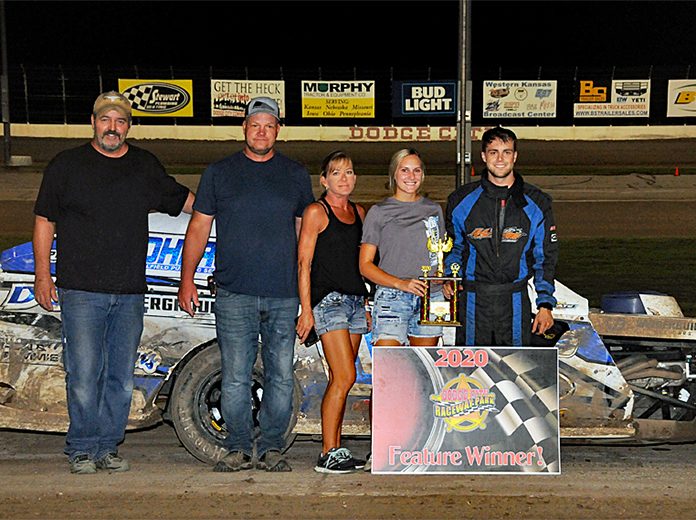 DODGE CITY, Kan. – Dakota Sproul continued his recent run of IMCA Modified supremacy by racing to his third consecutive Dodge City Raceway Park triumph in Saturday’s 20-lap feature atop the three-eighths-mile clay oval. While the Hays racer dominated the IMCA Modified ranks, Monty Nordyke scored his first DCRP win in the Preluede to IMCA Sport Modified Mayhem, Chris Oliver snared his first IMCA Stock Car win of the season and Duane Wahrman captured his second IMCA Hobby Stock victory of the season. In the 20-lap IMCA Modified main event, Sproul rallied from the ninth starting position to take the lead away from Nick Link on the eighth lap en route to a straightaway triumph over Clay Sellard, who worked past Link in the closing rounds for runner-up honors. Sproul raced on to another convincing victory with Sellard working past Link as the laps expired. Duane Wahrman added his second IMCA Hobby Stock win of the season by racing to the chekered flag in the 15-lap main event.