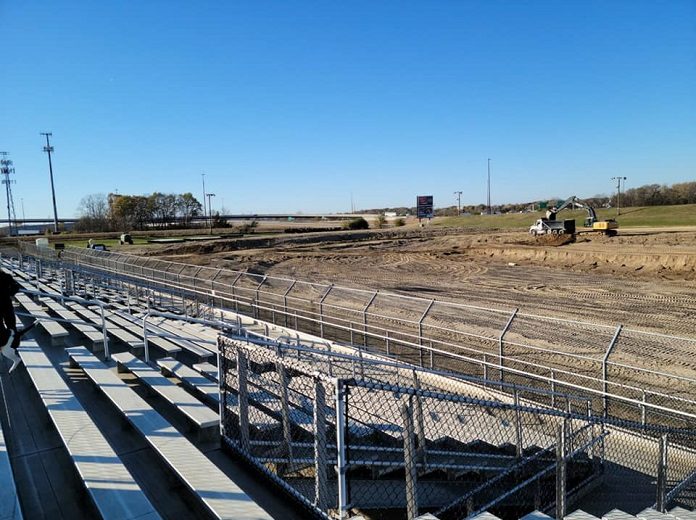 INDIANAPOLIS — Fans of dirt-track racing in Indianapolis have not had a local track to call their own for decades, save for three years in the mid 1990’s when Bush Stadium was turned from a baseball facility into a race track. However, next year, all of that will change with the opening of the new Circle
City Raceway. “We had a vision of bringing dirt-track racing to Indianapolis,” remarked track owner Garrigus. “For the first time in the city’s history, winged 410 sprint cars will compete in Indianapolis at Circle City Raceway. Again, this is a history making affair, as these cars have never raced inside of Marion County. A new website will be launched soon at www.CircleCityRaceway.com, and the track’s
Facebook page is already active.