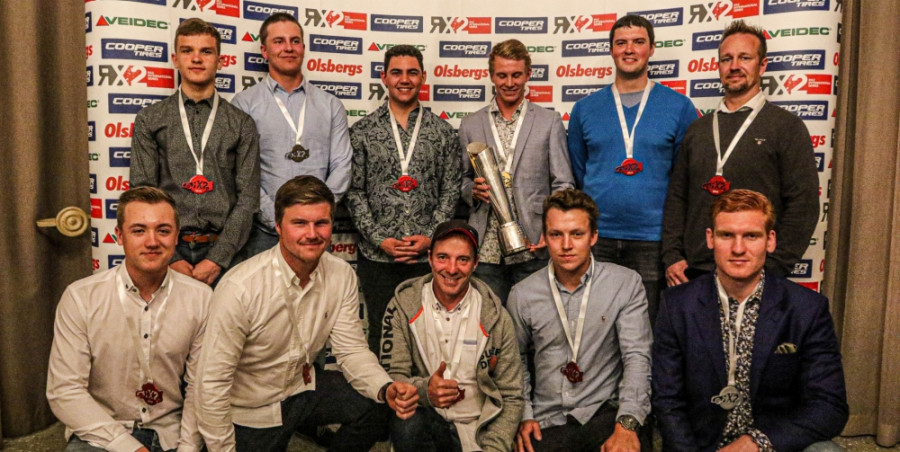 The highlights and high-achievers of the 2019 RX2 International Series presented by Cooper Tires have been celebrated in fitting fashion at the series’ annual Awards Gala, as the champion was officially crowned and others honoured for the part they played in another spectacular season of high-octane action.
Champion Eriksson received the P1 Fuels RX2 Ambassador of the Year Award and a 54-litre fuel drum for his role in positively promoting the series both on and off-track, while the IMG RX2 Unsung Hero Award was presented to Eric Färén, who picked up a pair of VIP hospitality passes to an event of his choice on the 2020 FIA World RX calendar for his tireless work behind-the-scenes.