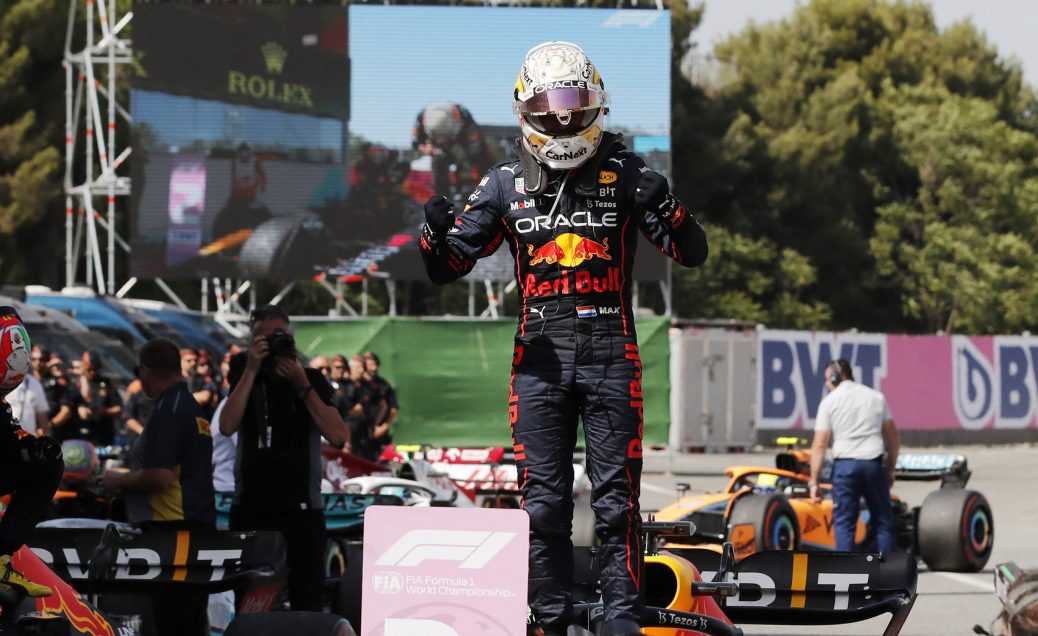 MAX VERSTAPPEN earned himself first place on the podium following a dramatic Grand Prix in Catalunya. And just like that Verstappen takes the lead of the race and also the championship. He was gaining on Russell before the Mercedes man pitted for fresh tyres. Red Bull driver Perez is currently on a one-stop strategy and has the tyres to get round the Mercedes for the lead. He is straight into the pits and doesn’t come back out, meaning Russell takes the lead!. With Max spinning out, the Ferrari driver has built 14 second lead over Perez who has climbed up to P2 after Russell pitted for new tyres. The drivers set off on the formation lap to get their tyres going.