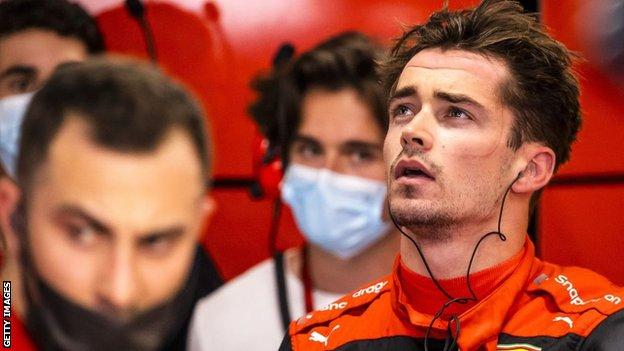 The Ferrari driver’s title rival Max Verstappen was fifth fastest, 0.336 seconds off the pace, but looked strong in race trim later in the session. Mercedes were just one of a number of teams to introduce significant design changes at the sixth race of the season. Mercedes also looked genuinely competitive on Friday at the last race in Miami but slipped back to their usual position as the third fastest team in qualifying and race. While the Ferrari showed promise on one lap, it struggled for race pace. Leclerc was on average more than 0.5secs slower than Verstappen on the race-simulation runs later in the session, on the same ‘medium’ tyres, and complained over the radio to the team that “the tyres are going into pieces”.