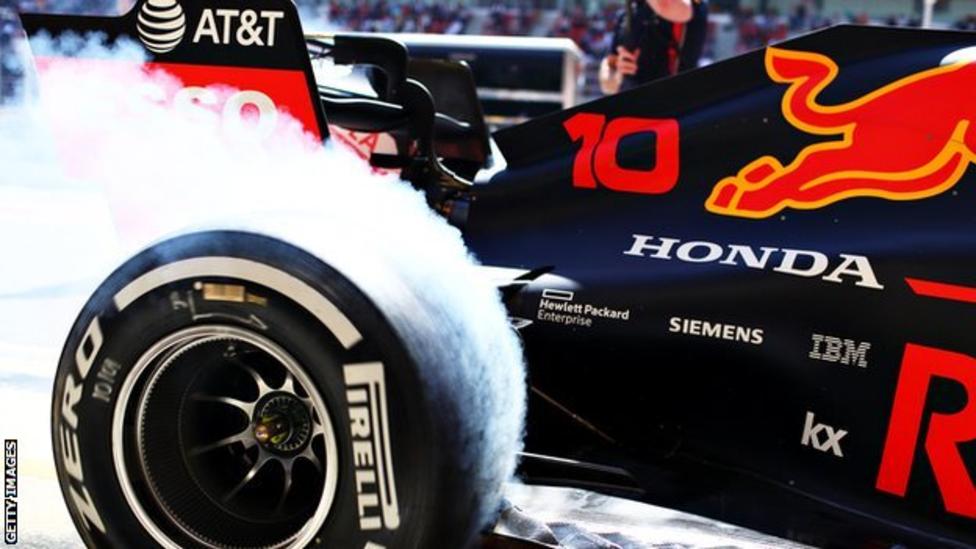 Mercedes driver Valtteri Bottas headed the two Ferraris in a closely matched first practice session at the Spanish Grand Prix.
Mercedes also have aerodynamic upgrades, as do most teams in the pit lane, as is traditional at this first European race of the season.
Bottas’ morning ended early when he suffered an oil leak which caused what the team said was a “precautionary engine shutdown” and he missed the final 20 minutes of the session while the team investigated.
Hamilton was 0.624secs slower than Bottas, complaining after his quickest lap: “Tyre prep terrible.