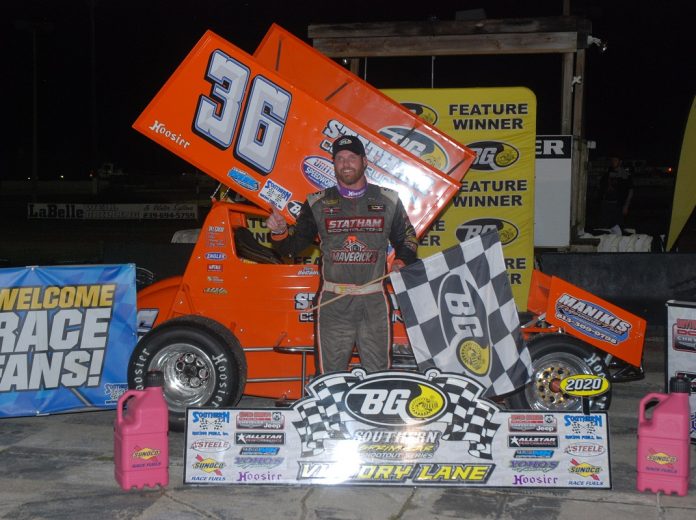 PUNTA GORDA, Fla. – Defending BG Products Southern Sprint Car Shootout Series champion Troy DeCaire won a hard-fought event Saturday night at 417 Speedway. DeCaire fought off late race challenges from John Inman and Daniel Miller en route to the victory. After only 10 laps DeCaire quickly found himself in second place and began to set sail for early leader Shane Butler. With 10 laps to go, Miller had caught DeCaire several times in lapped traffic, but was unable to make a pass for the lead. When the green flag waved for the final time, DeCaire took command of the event and left Miller and Inman to settle the battle for second. “I was a little too patient with lapped cars and looked up and saw he (Miller) was behind me.