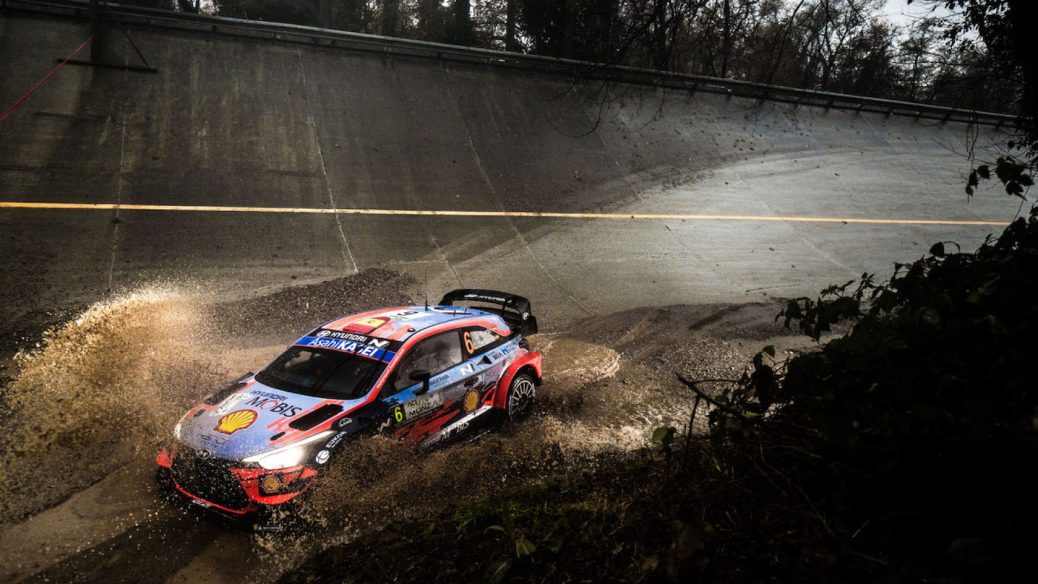 Dani Sordo grabbed a slender lead at ACI Rally Monza on Friday night after a ding-dong daylong battle with Esapekka Lappi on waterlogged roads. Sordo won the opening test in his Hyundai i20 to relegate overnight leader Sébastien Ogier, but Lappi was first to gamble on snow tyres and immediately moved ahead. His lead stayed intact until the final test when he ploughed through a chicane and fell behind. Ogier was the first of four men who started the season finale with a title tilt. A brave tyre bet paid dividends for Esapekka Lappi who slithered into the lead of ACI Rally Monza on Friday morning amid … “Conditions were pretty bad. Two identical loops of three tests are followed by a closing stage at Monza.