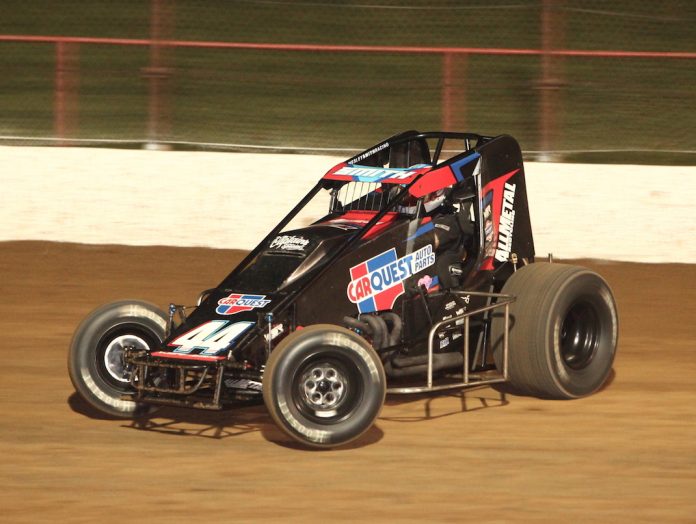 — Wesley Smith took over the lead with 10 laps remaining and went on to earn his second POWRi War Sprint feature victory of the season during Saturday night’s 10th annual Impact Signs, Awning and Wraps Open Wheel Showdown at Lucas Oil Speedway. “Everybody says before you move up, you have to be the best where you’re at and I think that’s what we’re trying to do,” Smith said. By that point, Mario Clouser had advanced into third behind Doney and Smith with Cottle falling back to fourth with 10 to go. He was definitely one of the cars to beat,” Smith said. Benson moved past Clouser by lap 20 and was 2.2 seconds behind Smith when another caution flew on lap 22.