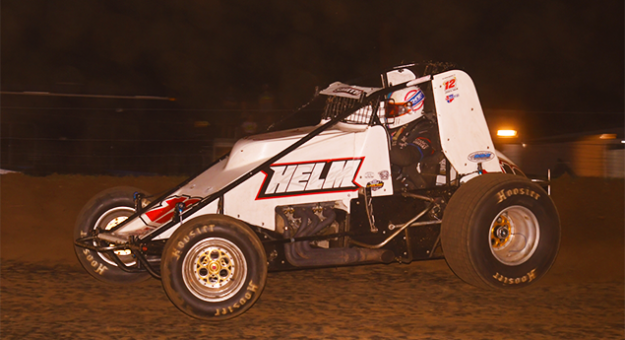 — Wesley Smith would fend off all challengers in an instant-classic feature event at Double X Speedway with the Lucas Oil POWRi Wingless Auto Racing Sprint League, electrifying the capacity crowd to notch his eleventh career WAR feature win in the exhilarating 25-lap main event. Intense feature racing action would ensue with Wesley Smith out front an onslaught of drivers would all flank the front-runner with Jack Wagner, Riley Kreisel, Steven Russell, Chris Morgan, and Joe B Miller all attempting to run down the leader in one of the closest races in recent POWRi WAR history. Late race dramatics would enter the picture as Smith would hold the front of the field after restarting with five laps remaining.