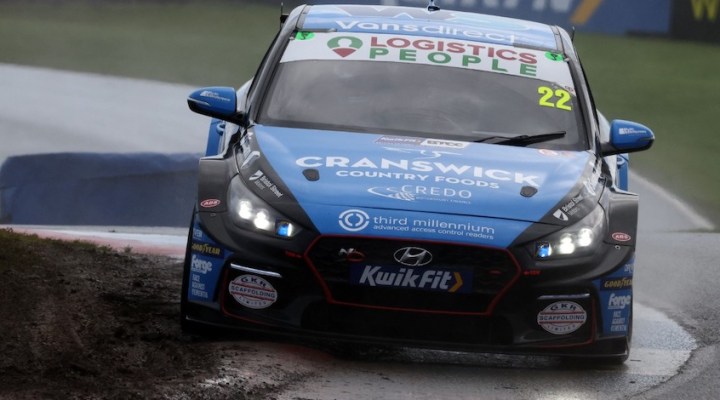 SMILEY EXCELR8S TO THE TOP OF THE TIMES

Chris Smiley has completed a solid practice programme in the Draper Tools-backed EXCELR8 Hyundai as the Norhern Irishman set the quickest pace of the day so far during FP2. The #22 car was second fastest during the wet/dry opening session, and Smiley duly backed up his potential with a 51.110s lap time during optimum conditions in the second segment. Smiley’s late flier scuppered a potential one-two for BTC Racing with Josh Cook and Senna Proctor eventually having to settle for second and third respectively.