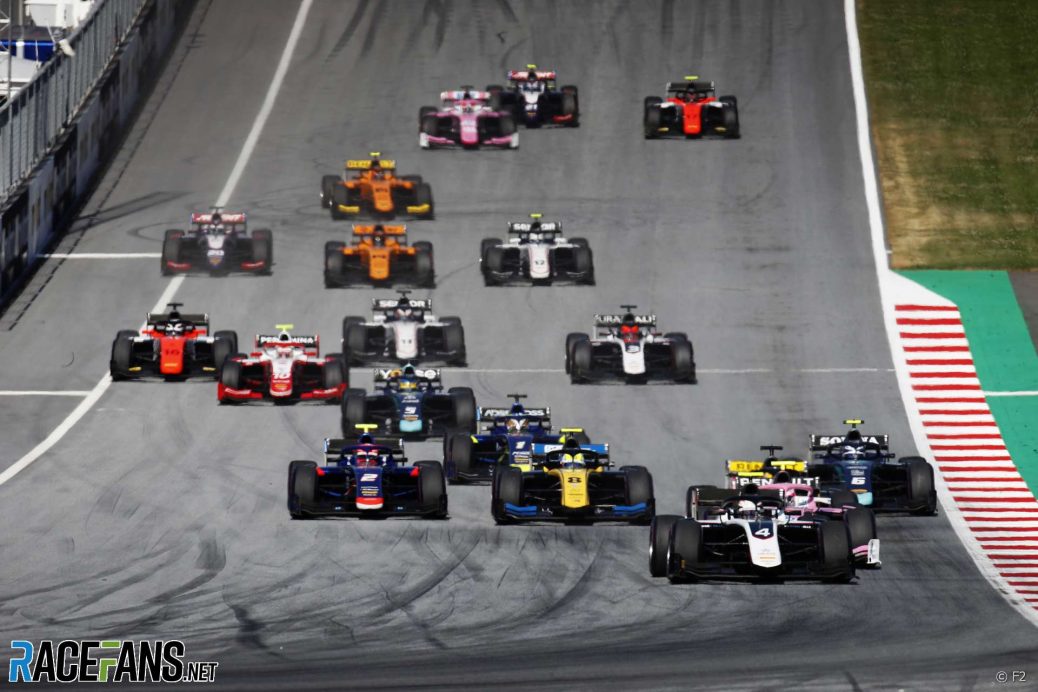 Nobuharu Matsushita scored his first F2 feature race win at the Red Bull Ring in a race dominated by tyre degradation.
Prema’s Sean Gelael inherited the lead when cars starting on softs pitted and tried to hold onto it, fending off Nikita Mazepin for ten laps.
Matsushita’s Carlin team later claimed they were not expecting to challenge for the win and believed De Vries was actually saving tyres behind Mazepin.
Luca Ghiotto and Matsushita followed him by.
But as De Vries’ tyres faded Matsushita found a way by, and held off Ghiotto for the win.