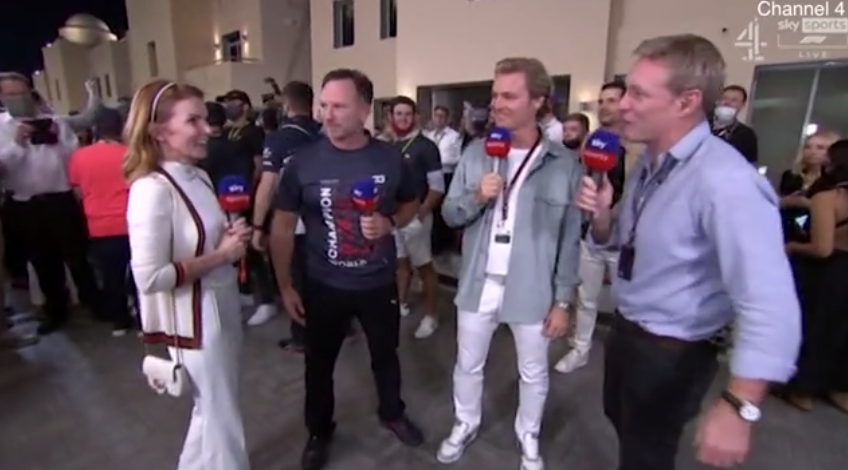 A BEAMING Geri Horner gave a proud speech on behalf of husband Christian and his Red Bull team. Red Bull Team Principal Christian Horner, 48, was celebrating Max Verstappen’s title winning race in Abu Dhabi. And Geri, 49, was asked how the race was from her perspective. “I mean, it is testimony to what a great team they are. “But, they are such a good team who pull together.”. Clocky DMac wrote: “Poor Jenson Button having to endure an interview with the massively cringey Christian & Geri Horner.”. Dingers and Frogs said: “Absolutely unfair bringing Geri in for the interview when I’m trying to hate Christian Horner.