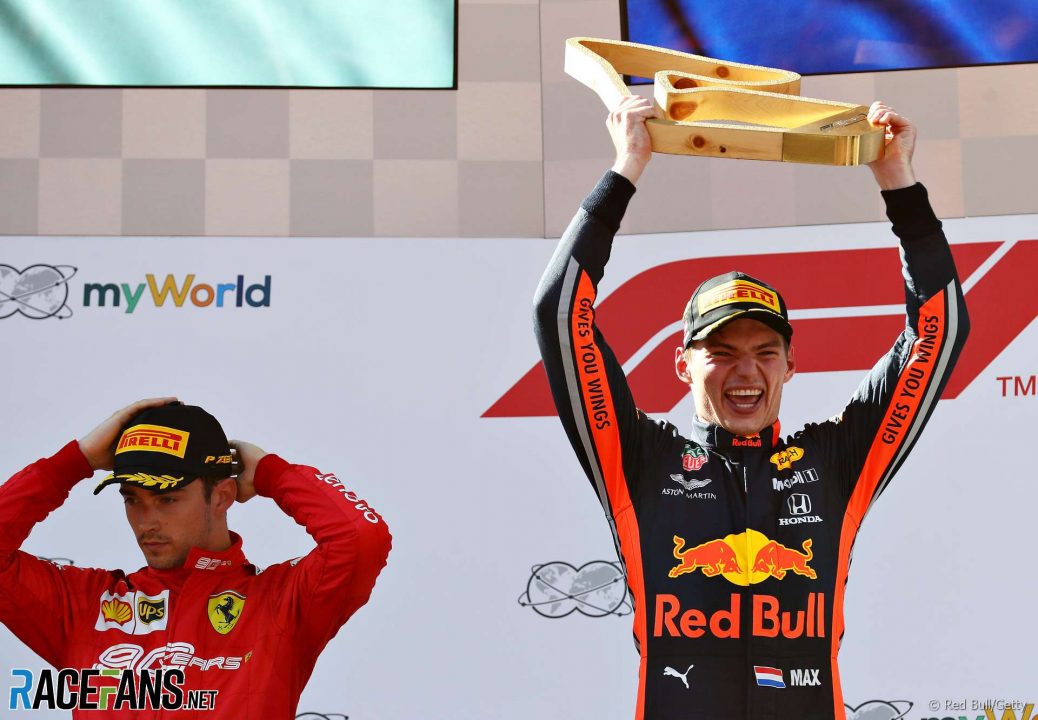 Six wins and no pole for Verstappen, two poles and no win for Leclerc | 2019 Austrian Grand Prix stats and facts

Max Verstappen and Red Bull delivered the first victory for a Honda-powered car since Jenson Button won the 2006 Hungarian Grand Prix.
But while Verstappen increased his wins tally to six – drawing level with Tony Brooks, John Surtees, Jochen Rindt, Gilles Villeneuve, Jacques Laffite, Riccardo Patrese and Ralf Schumacher – remarkably he still doesn’t have a pole position to go along with it.
Most irritatingly for Leclerc he is win-less so far this season despite having led 124 laps this year, which is more than any driver apart from Lewis Hamilton.