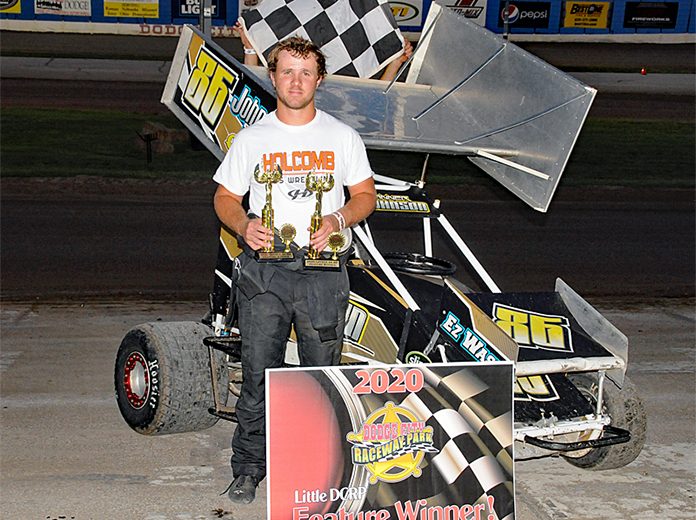 DODGE CITY, Kan. – The seventh-mile Little DCRP clay oval hosted the penultimate round of 2020 Micro Sprint and Kart action on Sunday evening with six different racers finding their way to victory lane. Deekan McRobers and Tanner Johnson both doubled up again with Trevor Smith, Jaden Smith, Briggs Williams and Ace Moore also notching wins. Tanner Jonson swept through the Wing and Non-Wing A Class Micro Sprints for the second Sunday in a row, beating Zak Moore to the stripe in both feature events. After posting his 10th career Novice Junior Sprint win in two seasons of Little DCRP competition and his fourth of this season, McRoberts outdueled Reis Ochs to make it four-for-four on the season in Junior Sprint competition.