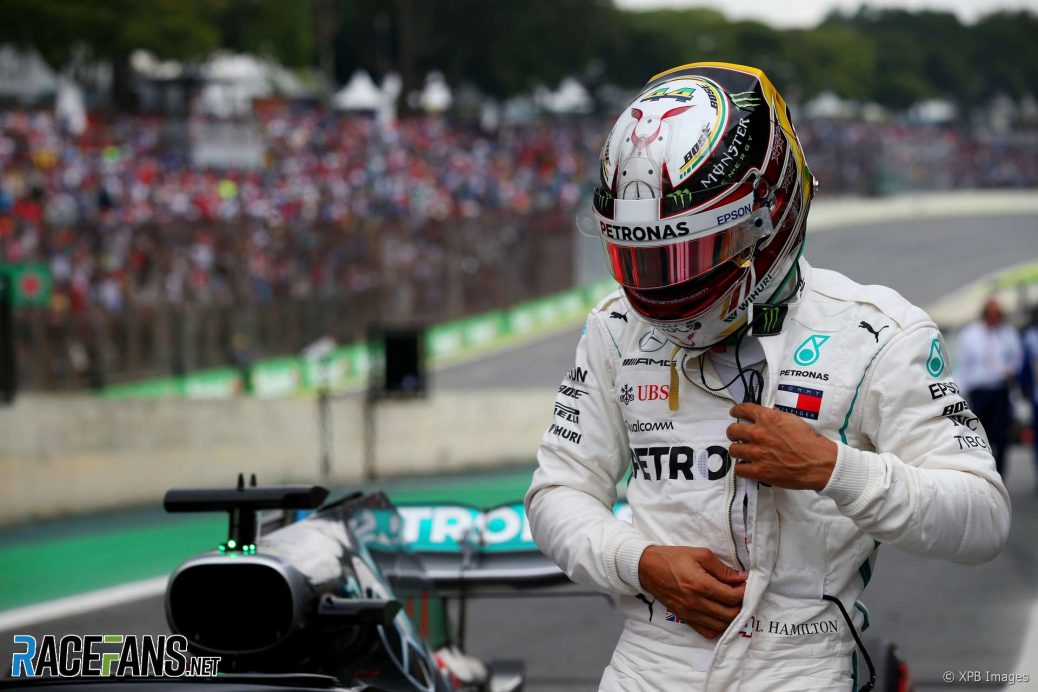 Williams driver Sergey Sirotkin says Lewis Hamilton did nothing wrong in the incident between the pair of them in qualifying for the Brazilian Grand Prix.
Sirotkin said he had to push harder than Hamilton on his out-lap because his tyres were more worn.
Sirotkin said he didn’t blame Hamilton for the near-miss.
Lewis Hamilton: “I don’t think there is anything he did wrong, it [was] just the situation that I had to push, which is quite unusual for the out-lap.”
Hamilton said the incident was “completely unnecessary”.
“This was a warm-up lap and a misunderstanding between two drivers,” Toto Wolff said.
Toto Wolff: “So for me, a non-issue.”