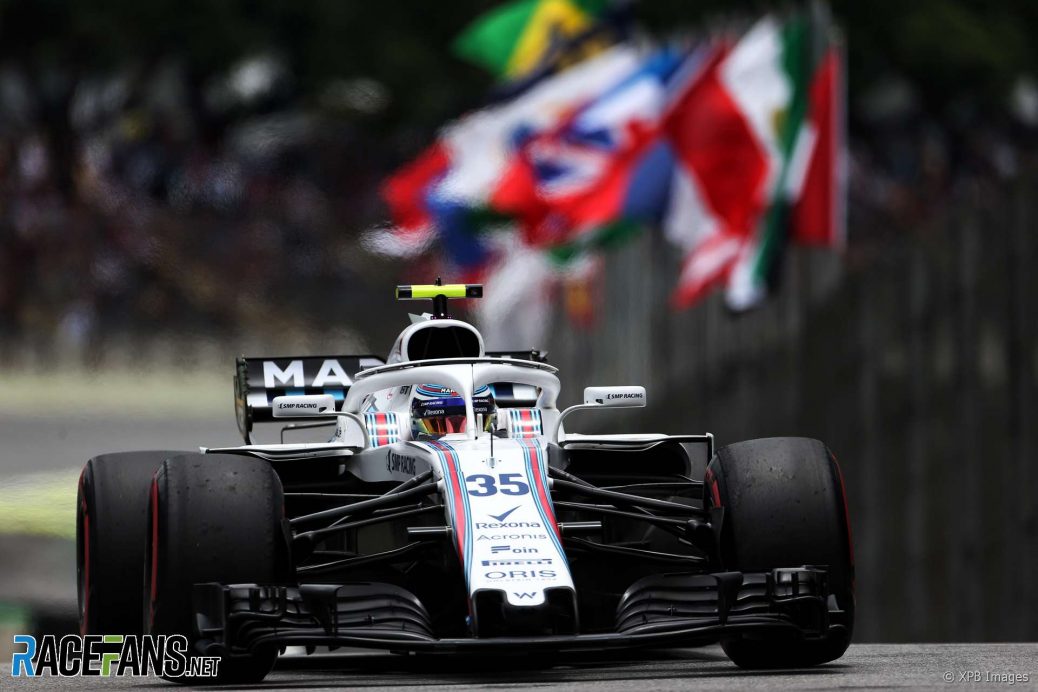 Sergey Sirotkin has been given a reprimand for driving too slow during qualifying at Interlagos due to an apparent error by his team.
The stewards found Sirotkin, who qualified 14th for Sunday’s race, drove too slowly as he returned to the pits at the end of Q1 but acknowledged this was at least in part due to a “set-up error”.
“The stewards closely examined the drivers in-lap and found that Car 35 did not drive in a manner that was unsafe or adversely affected any other driver.”
Sirotkin’s driving reprimand is the first he has received this season.