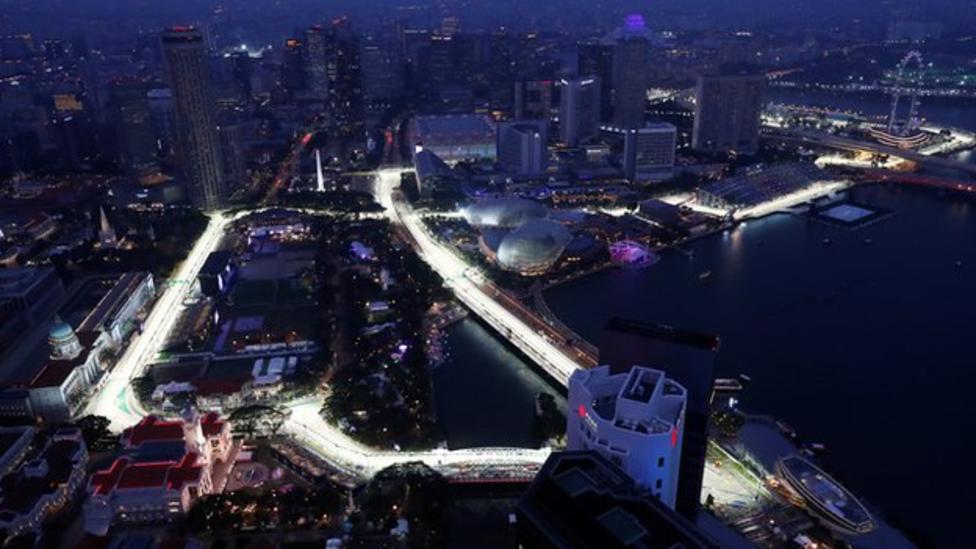 Mercedes driver Lewis Hamilton and Red Bull’s Max Verstappen were in a league of their own in second practice at the Singapore Grand Prix.
Hamilton set the pace, 0.184 seconds ahead of Verstappen.
On the evidence of Friday, the race looks to be a fight between Mercedes and Ferrari, and Hamilton and Verstappen left their team-mates for dust.
On race pace, the battle between Hamilton and Verstappen looked far less close – the Mercedes was nearly a second a lap quicker on average over the race-simulation runs on the soft tyre later in the session.