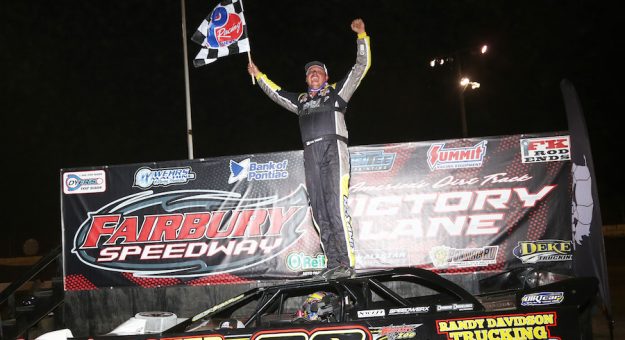 Outside polesitter Nick Allen got the jump at the drop of the green and led the race through the first 23 laps with several restarts along the way, until Simpson and the rest of the top-five got the jump on him. “[Erb] kept getting under me and I kept getting a run off of turn two where I’d get back ahead of him,” Simpson said. I got a runoff of turn two and went down into three and slid him, got in front of him, and a lap later the caution came out.”. Under caution for the last couple restarts, Simpson got the idea he was getting closer by the lap. But Simpson hung tough through the restarts to bag his second feature win in two starts.