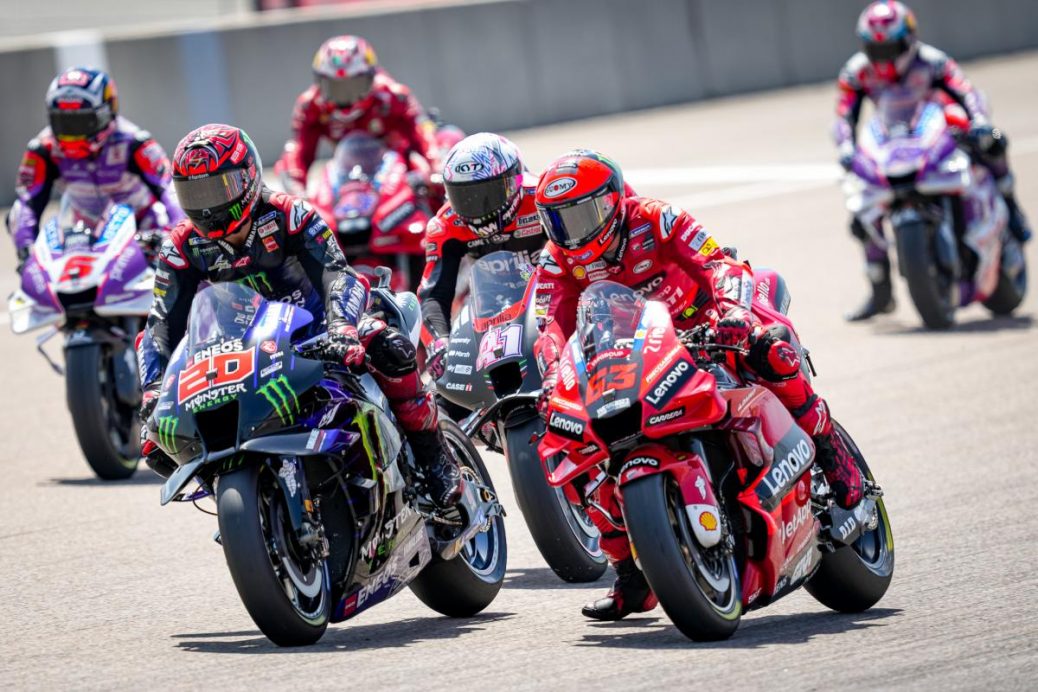 Simon Crafar: “Anything can happen from here”

A couple of days after the dust had settled on the Motul TT Assen and therefore the first 11 races of the season, Simon Crafar joined hosts Fran Wyld and Elliott York on the Last on the Brakes Podcast to wade through all the major talking points from the 2022 season so far. “So there’s a lot of points to go and I think anything can happen from here. But I’ve got to say Aleix is doing a such an amazing job and I’m sure we’ll come to that, and I wouldn’t be surprised if Pecco does what he did last year, storms back in the second half of the season. “To go on Fabio’s mistake, Aleix put it really well and it was interesting. “I think I saw impatience from Fabio but Aleix put it another way. Aleix was on form there and doing that Turn 5 faster than the opposition, and he thinks Fabio misjudged so badly because of Aleix’s speed there. Fabio thought he could whip in front where Aleix was damn fast there, faster than the other guys that Fabio would have passed there.