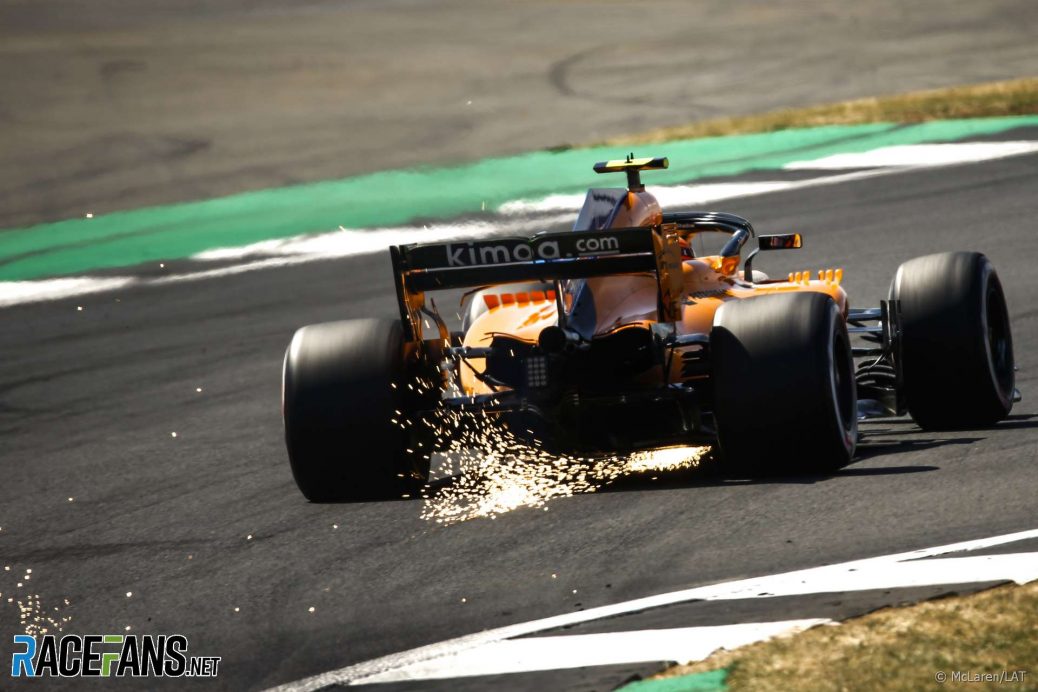 Silverstone, which Lewis Hamilton last year described as being bumpier than the Nurburgring Nordschleife, has been replaced with a smoother track surface.
The track has been resurfaced for the second year in a row following criticism of the new surface which was laid in 2018.
After Friday practice for last year’s British Grand Prix Hamilton commented “the people they hired did the worst job ever”.
Fia race director Michael Masi said work on the track was still being completed during the Austrian Grand Prix weekend.