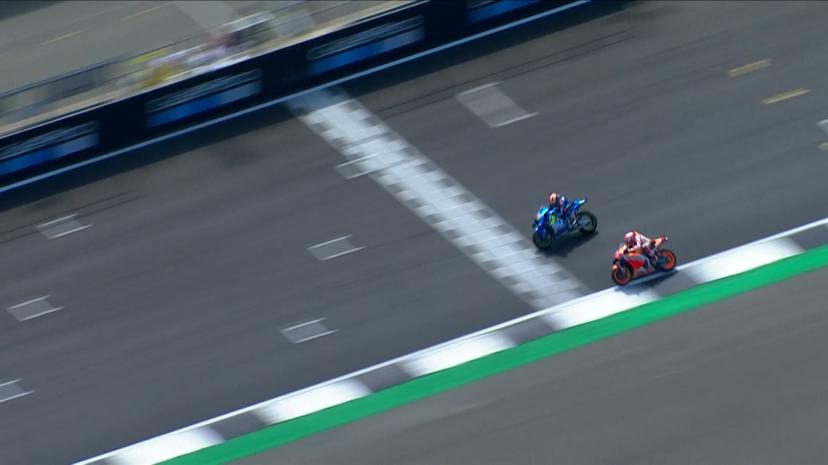 Rins and Marquez were the stars in the joint-fourth tightest premier class finish.
It was once again a British Grand Prix to remember.
Alex Rins (Team Suzuki Ecstar) picked up his second-ever MotoGP™ win to steal victory from Marc Marquez’ (Repsol Honda Team) grasp on the exit of the famous Woodcote corner to win by just 0.013 seconds.
And in doing so, the 2019 GoPro British Grand Prix saw history created.
Rins’ advantage over Marquez was the fourth-closest in premier class history, equal with Valentino Rossi’s win over Max Biaggi at Phillip Island 2001.
The only races to have finished with smaller winning margins?